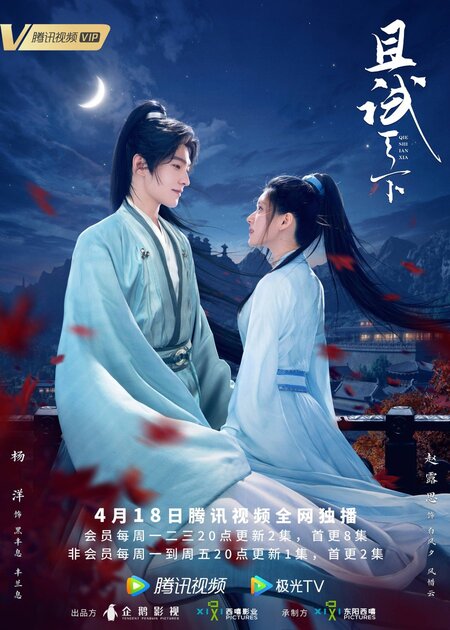 Summary : Hei Feng Xi is handsome and elegant while Bai Feng Xi is majestic and unrestrained. Opposites attract as both are unrivaled in skill and intellect. Caught in the warfare and chaos of the martial arts and political worlds, the flowers of love begin to bloom amidst the blood that has been sacrificed within the last ten years. Trying to keep their identities hidden, they constantly have to be three steps ahead when dealing with much political unrest, betrayal, infighting, and the ultimate battle for the imperial throne. They join hands, seeking justice, while trying to calm the ever growing uncertainty brought on by an unseen malice. But will their love bring peace to a chaotic time and who will ultimately rule the world?