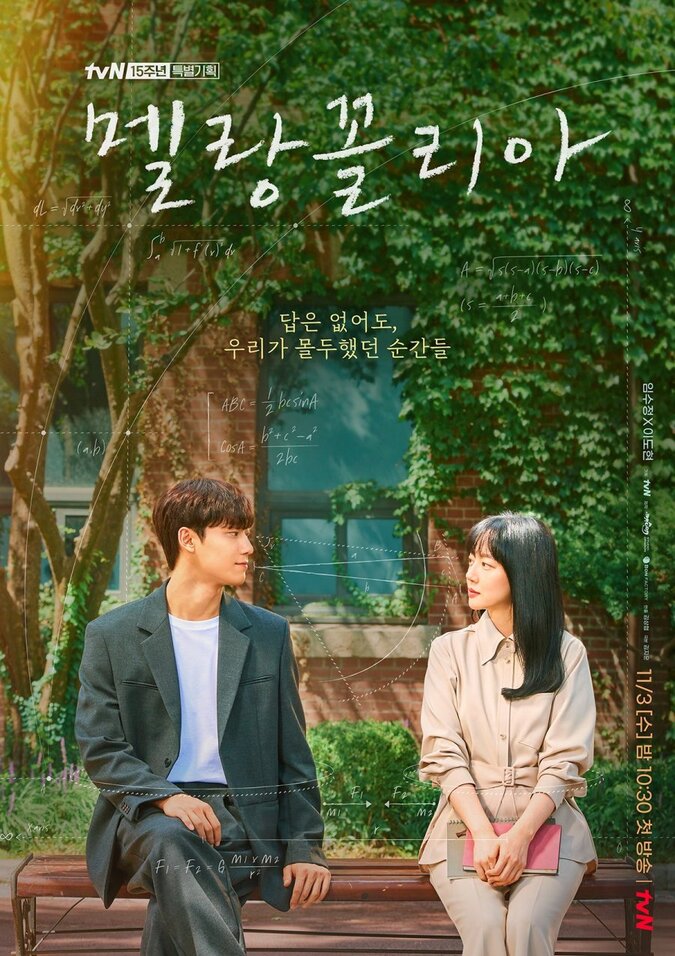 Summary : A sexual scandal between a math teacher and a student in a prestigious high school ended in tragedy. 4 years later they meet again, now as adults, to reveal the corruption in school and to regain one’s reputation as a teacher. Ji Yoon Soo is a high school math teacher with a bright smile and a positive impression of others. She is a hard-nosed and stubborn person who has to push ahead with the decisions she has made. She is a math geek who loves solving difficult problems and teaches students to purely love math. Baek Seung Yoo is emotionless and has no light in his eyes. He used to be a math genius who appeared on a quiz program at the age of five and surprised the world by solving college-level math problems. He was admitted to MIT at the age of 10 but dropped out at the age of 12, and suddenly disappeared.