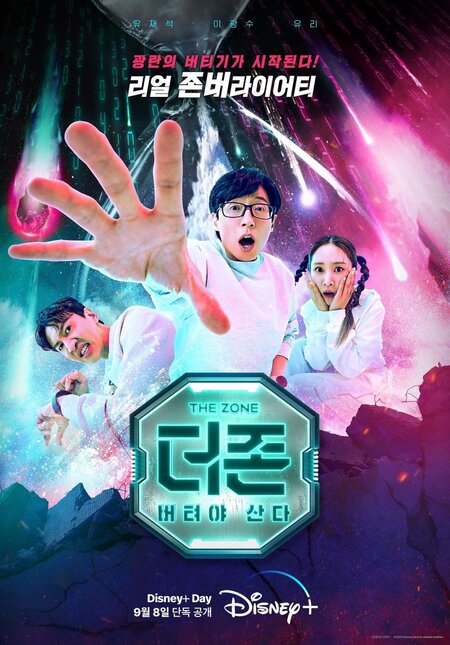 Summary : The world is consumed in a pandemic. New rules are established. In a disaster-simulated virtual space called The Zone, mankind is being tested. Jae Suk, Kwang Soo, and Yuri, who all lack in camaraderie and credibility, are sent into the space with the great mission and responsibility of representing all of mankind. The three members must survive four hours in the unknown filled with unexpected situations, traps, and temptations!