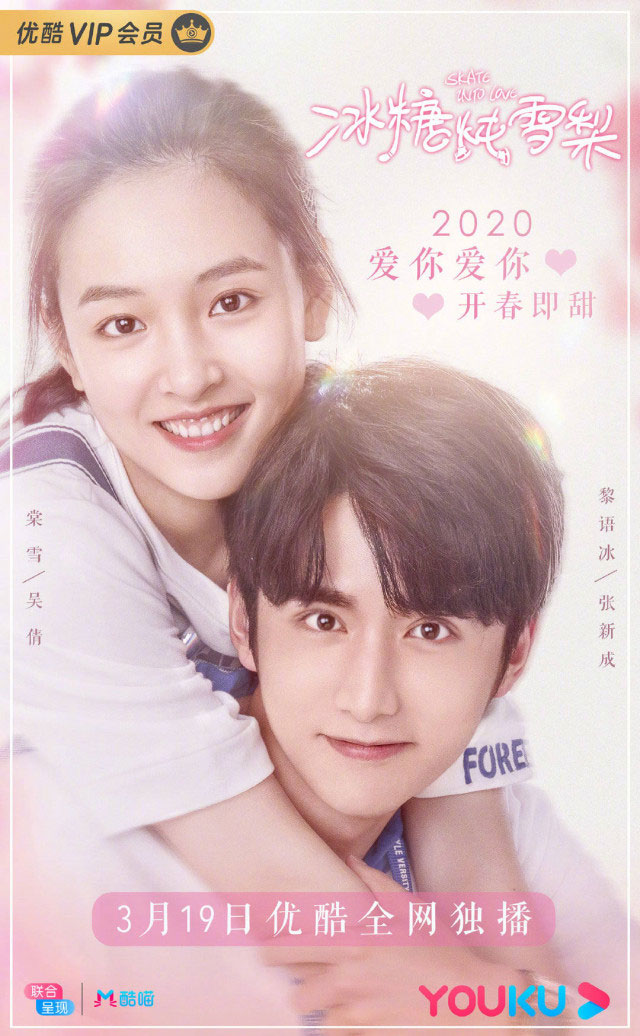 Summary : A speed skating girl crosses paths with the ice hockey god of their school. Despite starting off on the wrong foot, they start on a journey to chase after their dreams.
During elementary school, the timid and cowardly Li Yu Bing had to endure his seatmate Tang Xue’s constant bullying. Even so, they share one thing in common, a dream on the ice. When they meet again at Lin Da University, Li Yu Bing has become the school’s ice god while Tang Xue’s future remains hazy.

Li Yu Bing pulls a few strings to turn Tang Xue into his helper with the goal of getting payback for everything that she did. The more they spend time together, the more Li Yu Bing notices Tang Xue’s good qualities. He realizes that his courage on ice is inspired by Tang Xue herself. In turn, he helps Tang Xue rediscover her dream in speed skating.
Problems arise when misunderstandings from the past catch up to them. Figure skating prodigy Yu Yan enters the picture. Tang Xue’s first love Bian Cheng also returns all while school beauty Zhou Ran continues to make trouble. As they face roadblocks from disapproving parents and fierce competitors, they land in the crossroad that will decide their sports career. As the two impassioned youths put on their skates, they glide into the unknown but exciting future ahead.