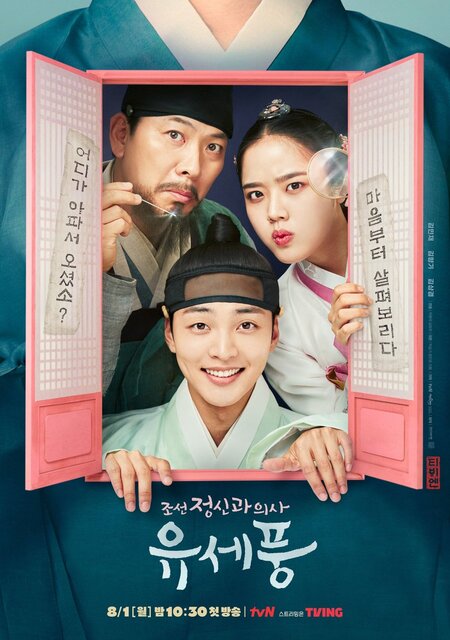 Summary : Yoo Se Poong’s legendary abilities as a physician are well-known in the royal palace. Nonetheless, he was expelled from the royal court when his involvement in a conspiracy against the royal family came to light. He moves and begins work in the strange, but, beautiful, Gyesu Village. There he meets Kye Ji Han, Sorak Village’s grumpy old doctor with the heart of gold. Upon the encounter with Yoo Se Poong, Kye Ji Han is motivated to transform the young doctor into one who heals hearts. Another resident of the village is Seo Eun Woo, who hails from a noble family and has keen observational skills and deep empathy. Now a widow, she mirrors the stories of the heartbroken. She feels wronged by her sudden marriage and is about to become an unwilling wife who stays virtuous to a deceased husband.