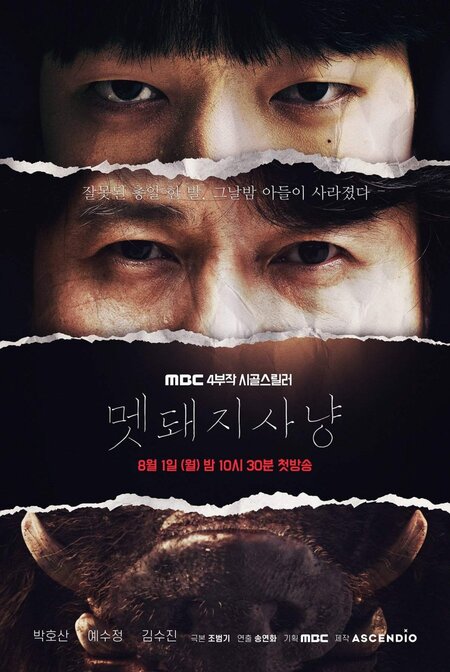 Summary : While boar hunting goes on in an ordinary country village, a missing person case takes place. Surrounding the missing person case, the villager’s secrets are revealed one by one. Young Soo is a middle-aged man in the country village. He is married to Chae Jung. One day, Young Soo goes into the mountain to hunt boars with his friends. The boars damage crops in the village. While in the mountain, Young Soo faces an unexpected situation. Ok Soon has lived with her grandson since her son and daughter-in-law died in a fire. Ok Soon believes the fire was set by some people in the village. She doesn’t trust the villagers and, after being diagnosed with Alzheimer’s disease, she is even more wary of them. Chae Jung is Young Soo’s wife. She often bursts out with anger at Young Soo, but she is otherwise a warm-hearted person. Due to her personality, she is popular among the villagers. After her son goes missing on the day Young Soo is boar hunting, she becomes mentally destroyed.