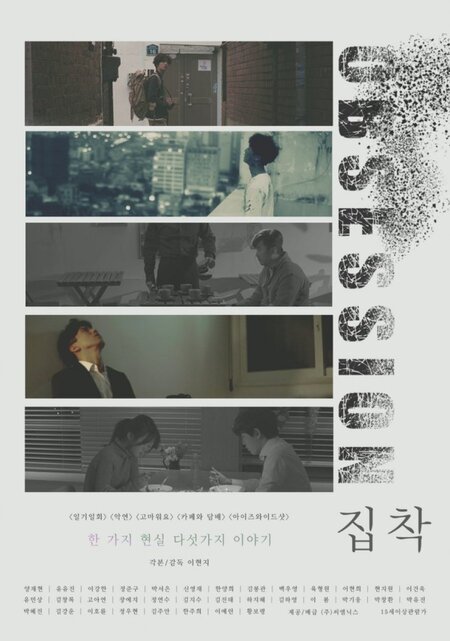 Once in a Lifetime (일기일회, il-gi-il-hoi)
Life is about living for a limited time. To Taku who thinks that travel is the only way to use time preciously, he had one rule. To reminisce about travel by using only one roll of film for one trip. The story of a Japanese, Taku’s one film roll in Seoul.

Ill-Fated Relationship (악연, ak-yeon)
To Cheong-il, who spent a poor childhood under his smuggled Korean-Chinese parents, no matter how violent his father is, he followed him, believing he’s ‘God’ in his world and that he might need him, too. However, after learning his father’s true intentions, Cheong-il decides to commit suicide. He goes out to the streets and finds someone to die with.

Thanks (고마워요, go-ma-wo-yo)
To Jeon-sik who is an exhausted salesman because nothing seems to work, a phone call from an unfamiliar number arrives. He suddenly listens to the story of a young girl until the end even though he suspects it as voice phishing.

Cafe and Cigarette (카페와 담배, ka-pe-wa dam-bae)
“Can I smoke here?”
A strange meeting between the cafe owner, the employee, and three men as customers who have nothing in common but coffee, cigarettes and conversation. A lucky day for the taxi driver, Geon-wook.

Eyes Wide Shut (아이즈와이드셧, a-i-jeu-wa-deu-syeot)
At a dinner, newlywed Hyeon-joon and Da-yeong do not say a word to each other. Before going to sleep, Da-yeong breaks the silence. “I’m pregnant.” The story of Hyeon-joon who is infertile and Da-yeong who didn’t know that his husband was, but got married.