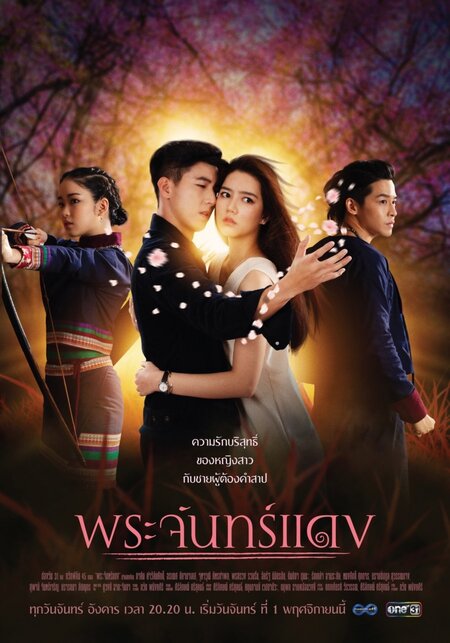 Summary : Suea Phaya’s spirit (Tiger King) is a secret of the tribal people. When summoned, the moon would turn red and the person who inherited Suea Phaya’s spirit would turn into a tiger to protect the forest and wild animals. Traditionally, the spirit was passed down from father to son. However, the previous chief was stabbed by an enchanted dagger that was fatal to Suea Phaya. He was unable to pass Suea Phaya’s spirit to his son (Nontha), as he was not yet born. To prevent Suea Phaya from dying altogether, the previous chief passed it down to Sama, the son of the local doctor who was attending his wound. For 20 years, Sama and the tribal people were unaware that Suea Phaya was in Sama. When Nontha was of age, a ceremony revealed this. This becomes the first time that Suea Phaya lived within an outsider. Unable to change this, the tribal people and Sama work together to protect the secret from outsiders. Sama grew up and took on his father’s practice, becoming the new local doctor. But, due to the duties of being Suea Phaya, he ended up living a lonely life with many despairs. Parichart is a teacher from the city who has come to teach at the local school. Sama and Parichart soon falls in love but their love jeopardizes the secret and the safety of everyone involved.