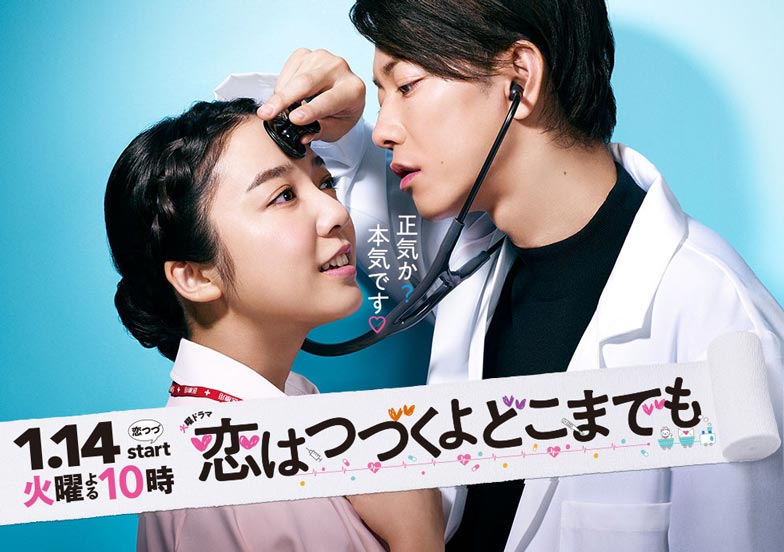 Summary : Nanase Sakura is a 23-year-old rookie nurse. She met Doctor Kairi Tendo several years ago and fell in love with him. To meet him again, she studied hard and became a nurse. After 5 years, she finally meets Kairi Tendo again, but he has a totally different personality than what she imagined. Kairi Tendo, who is 31-years-old, is commonly referred to as the “Devil” at work. He is a level-headed perfectionist and often makes biting remarks to doctors and nurses. Nanase Sakura works hard to receive recognition from Kairi Tendo and she also expresses her feelings honestly to him. Due to her persistence, Nanase Sakura becomes well known at the hospital and she picks up the nickname of the “Warrior. Chick” Meanwhile, Kairi Tendo becomes attracted to Nanase Sakura.

Note : Subs are out till episode 7.