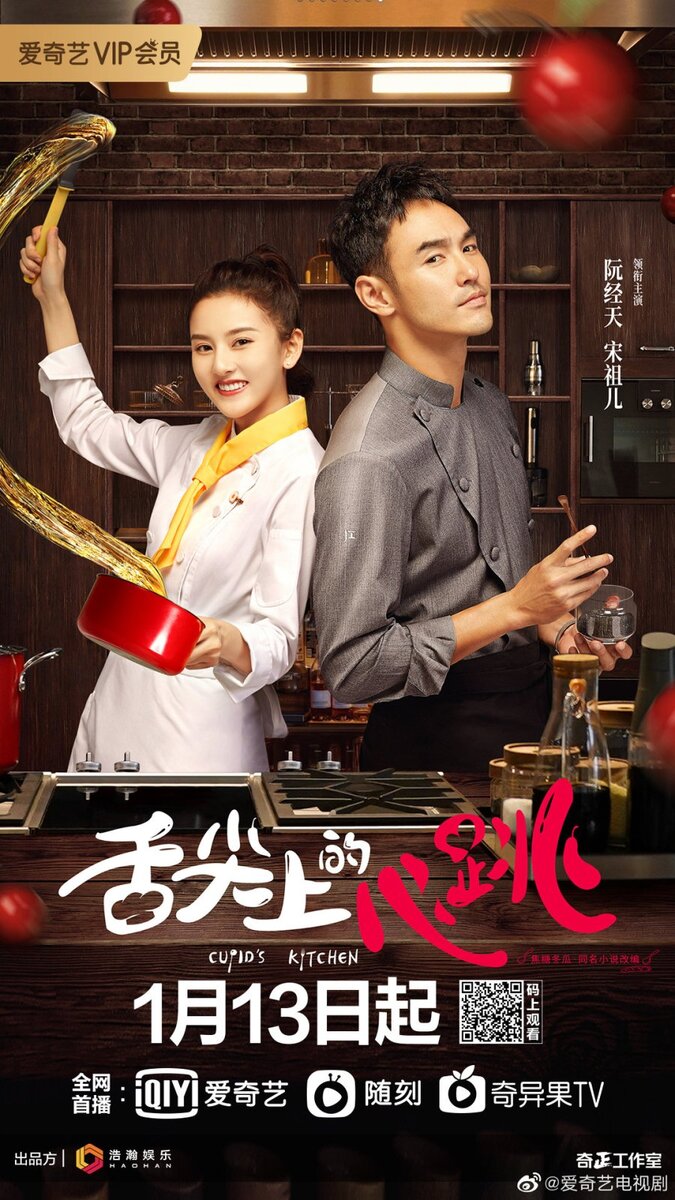 Summary : Blessed with an acute sense of taste, Lin Ke Song has the unique ability to identify the ingredients in any dish, with just a single bite. Despite her rare gift, she has never been much of a cook and as such, has never given much thought to pursue a career in the culinary arts. At least not until the day she met Michelin-certified chef, Jiang Qian Fan. Smitten by another man, Ke Song decides to follow her one-sided love to America, in hopes of winning his affections; however, all her plans are derailed soon after her arrival. Crossing paths with Qian Fan not long after, the highly acclaimed chef is intrigued by her rare gift. Taking her under his wing, Qian Fan begins to teach Ke Song how to apply her skills in the kitchen. Working together, they prepare for an upcoming cooking competition, but the road leading them there is full of potholes. Struggling to find her place in the kitchen, Ke Song endures Qian Fan’s rigorous training. Difficult as it may be, she slowly begins to develop her own set of skills, gaining not only a newfound confidence but Qian Fan’s admiration as well. But will any of this be enough to give her what her heart truly desires?