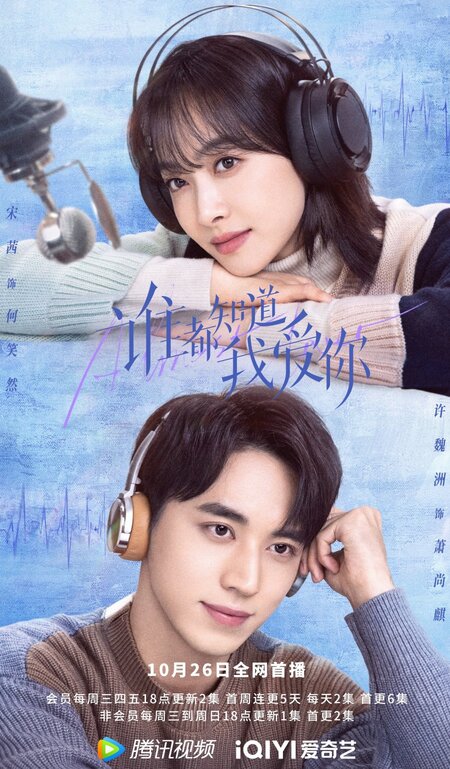 Summary : He Xiao Ran is the MC of a late-night radio show. But events that tainted the last few years of her life as a student still haunt her. She secretly loved Xiao Shang Qi , a close male friend. But instead of ending up with him, she had to watch on helplessly as he pursued his dreams of love with another woman – their mutual friend Chen Fei Er. She was forced to endure the heartbreak of watching the man she loved begin a relationship with her close friend. And for the sake of the friendships she valued, she kept her feelings under lock and key. Eventually, she moved away and began working as a radio DJ. But her past comes back to bite her eight years later when Xiao Shang Qi comes to town after spending a long time abroad. He has been tasked with turning around the fortunes of an exclusive hotel that has fallen on hard times. Their paths cross again, and this time Xiao Shang Qi appears determined to right his previous wrongs. He tells her that he has never stopped thinking of her. But is it too late for reconciliation? Or could Cupid find a way to turn back the clock on a relationship that never was… but always should have been?