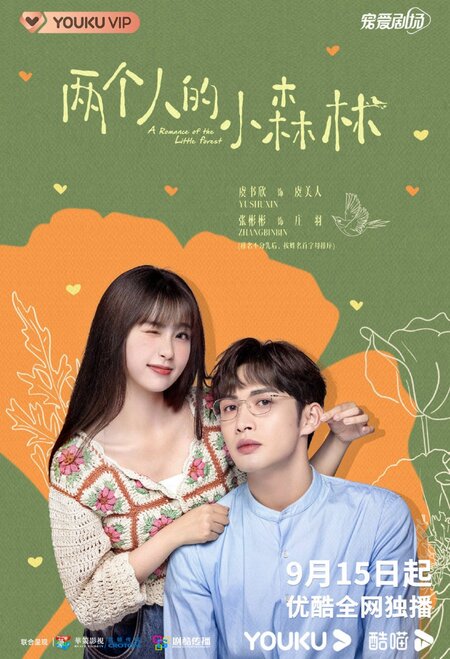 Summary : Fashion blogger Yu Mei Ren relies purely on makeup to maintain her appearance. Wanting to use her beauty to retaliate against the man who once rejected her, marks the start of a sweet love story that takes the two from the campus to the countryside. Botany professor Zhuang Yu is completely devoted to his life’s work and has been researching the cultivation of sweet wormwood. Indifferent to any otherworldly desires, he unintentionally hurts the feelings of Yu Mei Ren, a girl from the countryside who has had a crush on him for a long time. Years later, Yu Mei Ren graduates with honors and received her Ph.D. in Ornithology. Not wanting the pressures of being in the field of scientific research, she becomes a fashion blogger instead. Yu Mei Ren and Zhuang Yu get off on the wrong foot when they meet again. Zhuang Yu has traveled to Qingshui Village for work and happens to find lodging at Yu Mei Ren’s bed and breakfast. She eventually becomes a great help to him. At the same time, he also experiences feelings of love and warmth for the first time that he wouldn’t have found from tending to plants.