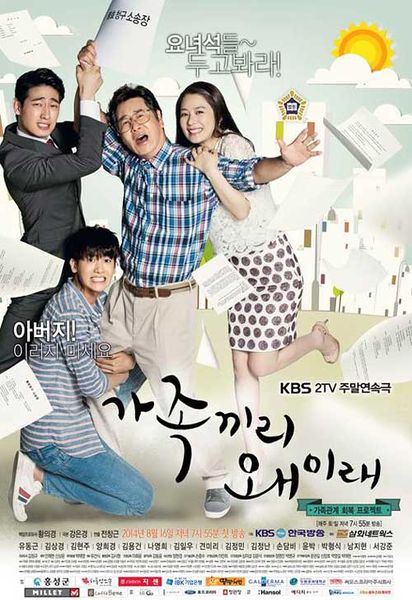 Summary : Every family has its issues but what happens when the patriarch in the family is not happy with the behaviors of his children? Cha Bong Soon does not intend to just sit back and take bad treatment from his three adult children – Cha Kang Shim, Cha Gang Jae and Cha Dal Bong – and decides to take legal action against them. With such chaos going on in her family, Kang Shim has a tough time focusing on her job as secretary to the president of Daeoh Company and constantly at odds with the president’s son, Moon Tae Joo, the company director.