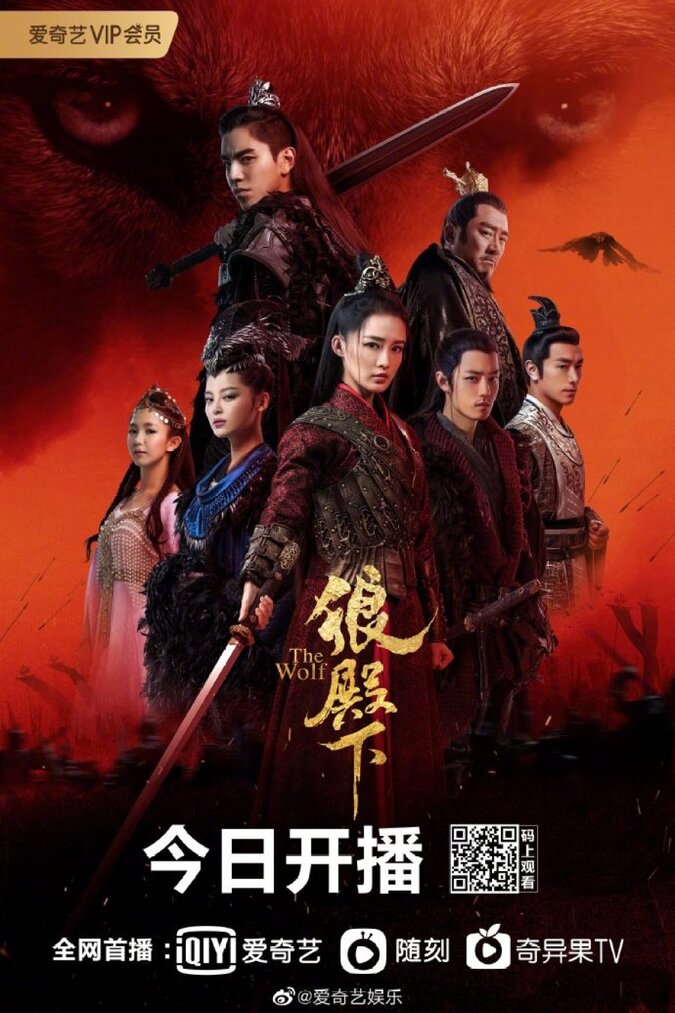 Summary : Chu Kui launches a successful coup, usurping the throne and installing himself as the Emperor. A young boy, brought up by wolves, falls in love with Ma Zhai Xing, Lady Ma, the daughter of a general and lord of the city. Being mistaken as the killer of the emperor’s god brother, he is hunted down and driven off a cliff, where he is later found by Chu Kui. Hearing about the amazing strength of this wolf boy, Chu Kui decides to adopt the boy naming him Chu You Wen and bestowing him the title, Prince Bo. Eight years later, Prince Bo meets his childhood sweetheart again when her family is killed in a massacre. Limited by the circumstances, Prince Bo refuses to acknowledge his identity as the wolf boy although he is still in love with her. Meanwhile, Lady Ma meets a wanderer named Ji Chong while trying to save a foreign princess and he falls in love with her. The two began building an intimate friendship and bond. But when war breaks out between the empire and the renegade state loyal to the former dynasty, all are embroiled into the situation and have to take sides. Who would Lady Ma chose eventually and which side would she take? And who exactly is Ji Chong?