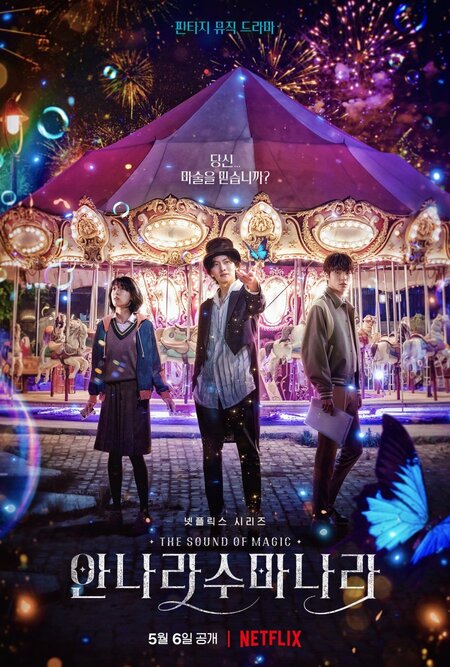 Summary : High school student Yoon Ah Yi finances herself and her younger sister by working part-time jobs. She doesn’t know where her parents are. Debt collectors drove her father away from home—and then her mother fled too. But even with her poor financial circumstances, Yoon Ah Yi manages to rank near the top of her school academically. Yoon Ah Yi wants to become an adult as soon as possible, to have a stable job. Her classmate Na Il Deung competes with Yoon Ah Yi for the top grade, but they begin to have feelings for each other. One day, Yoon Ah Yi meets magician Lee Eul at an abandoned amusement park. He performs magic shows for people who believe in magic. He is a mysterious person; he comforts Yoon Ah Yi who tells him that she believes in magic.