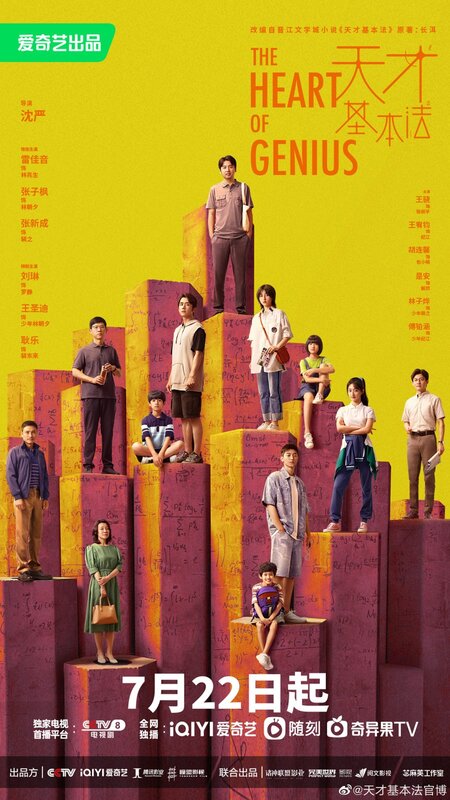 Summary : On the day Lin Zhao Xi’s father was diagnosed with Alzheimer’s disease, she hears the news that her longtime crush was going abroad for further studies. Pei Zhi’s relentlessness in the road of mathematics has made Lin Zhao Xi realize that she can never bridge the gap between herself and a true genius. However, two trips to a parallel world allows Lin Zhao Xi to discover her own potential. Lin Zhao Xi’s life has been less than satisfactory after she graduated as a philosophy major. The seeds of mathematics have long been instilled deep inside her heart but she had no self confidence due to her longtime admiration for her father Old Lin and first love Chu Pei Zhi who are both math geniuses. Everything changes when she mysteriously travels through time and space. Coming to a parallel world for the first time, Lin Zhao Xi is only 12 years old here. Through the help of Old Lin, she gives her all at the Mathematical Olympiad Summer Camp. In her second journey, she travels to her senior year of high school. Alongside Pei Zhi, she gradually musters up the courage to face life. Back in her own world, Lin Zhao Xi is preparing for her postgraduate exams while participating in modeling contests to help out her family through prize winnings. In order to help Old Lin who suffers from Alzheimer’s disease, Lin Zhao Xi and Pei Zhi join hands to promote the research of the P=NP problem and climb to the pinnacle of mathematics together.