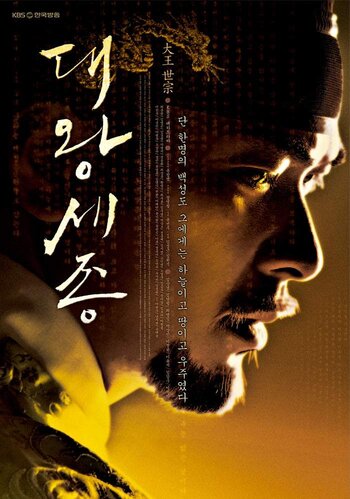 Summary : Born as the third prince, Chung Nyeong, was far from ascending the throne. His early years were turbulent as Korea faced political tensions from both within and abroad and facing abduction as a boy to make matters worse. Eventually, the young prince finds himself living in a private residence outside of the palace and experiences the everyday life of commoners until he is a young man. Later on his ascension to the throne, Chung Nyeong (now called King Se Jong) stabilizes the newly born country and gives rise to the blooming culture of Joseon. In the process, he invents Hangul, the Korean writing system.