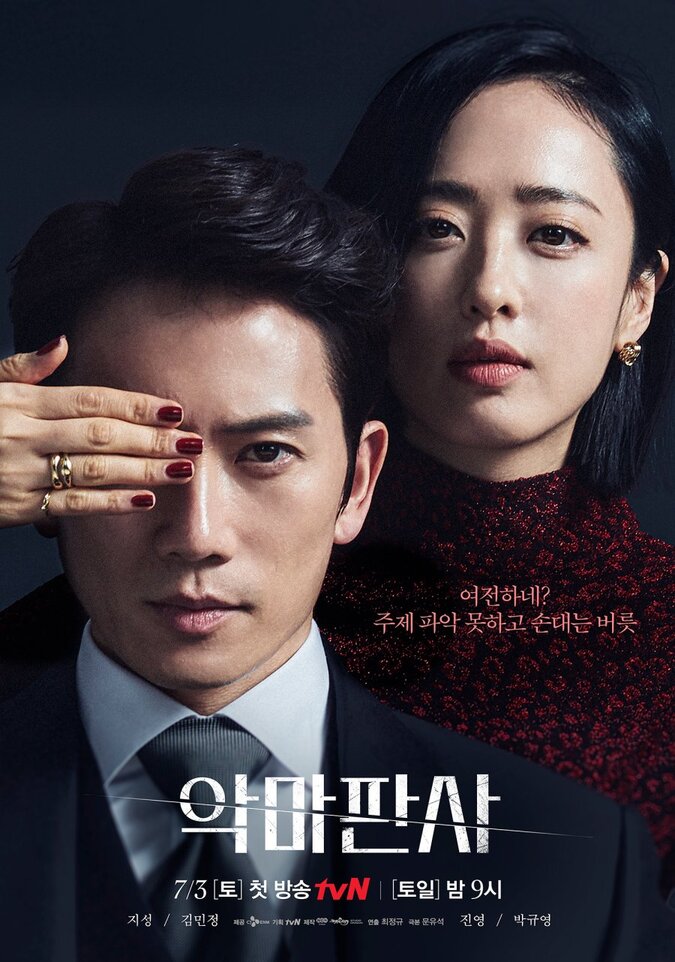 Summary : Set in a dystopian version of present-day Korea where daily life is one of chaos and society has collapsed to the point people openly voice their distrust and hatred for their leaders. In this world bereft of law and order, Head Trial Judge Kang is signaling the need for change. His courtroom is the subject of a reality show where he mercilessly punishes the guilty, earning him the nickname of “Devil Judge”. As a divisive figure with an aura of mystery that belies his true identity and ambitions, the public is unsure whether he is a true hero or someone, knowingly sowing the seeds of discontent in his courtroom. A bitter rivalry has taken shape between the “Devil Judge” and the highly ambitious Jung Sun Ah, who has risen from poverty to become the director of a corporate social responsibility foundation. Into this turbulent world enter two childhood friends on a quest for true justice: rookie Judge Kim Ga On and Police Officer Yoon Soo Hyun. Do they have what it takes to challenge both the scheming Jung Sun Ah and the notorious “Devil Judge”?