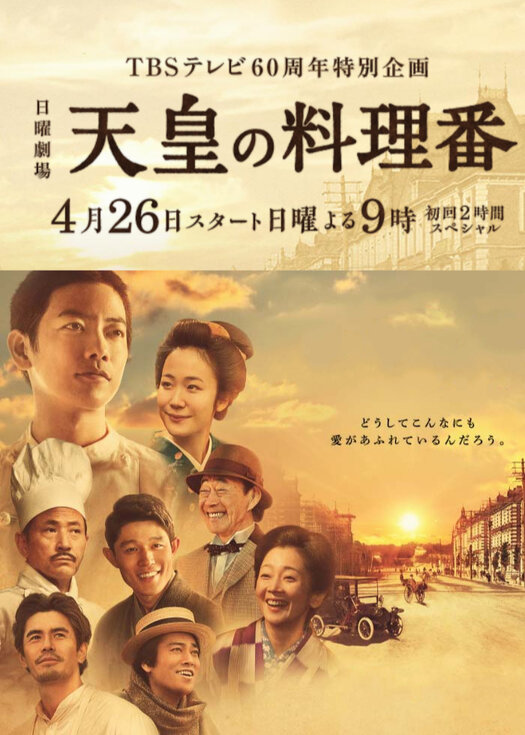 Summary : Tokuzo Akiyama is a young man from a rural area who is married with a child along the way. One day, he eats a delicious breaded cutlet which inspires him to strive to become a chef, specializing in Parisian cuisine. He travels to Tokyo, then Paris, France to learn the culinary arts. Despite facing discrimination and prejudice, he becomes a chef at the Hotel Ritz in Paris. At the age of 26, he becomes the Emperor of Japan’s personal chef.