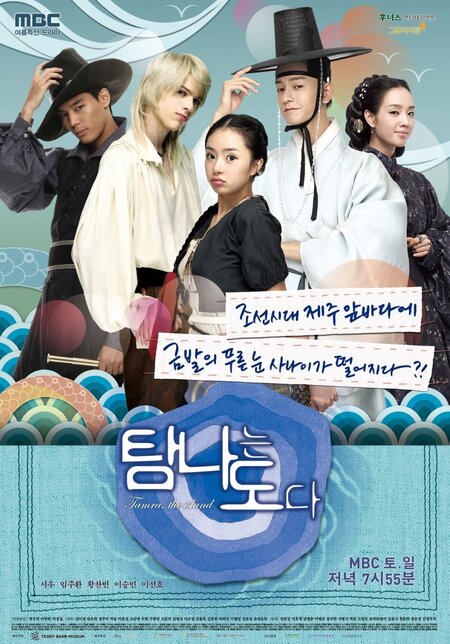 Summary : Set in the 17th Century, Jang Beo Jin is a young female diver on Tamra Island. She doesn’t particularly enjoy her situation and dreams of one day leaving the island. One day, to her shock, she discovers a young blond haired man laying on the beach. The young man’s name is William and he is a shipwrecked British citizen. Another young man named Park Kyu enters the island under the disguise of one of the many convicts sent to Tamra Island. In actuality, Park Kyu is a budding government official known as a Seon Bi. These three young people then become involved in a hilarious love triangle.