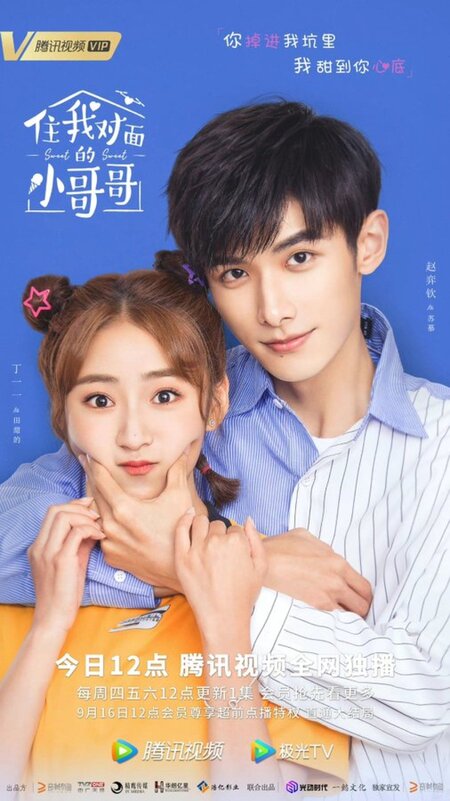 Summary : Tian Tian De is a recently graduated design student who just happens to be a dab hand at making ice cream. Su Mu is an aviation-loving younger man who has struggled to speak after a childhood accident that left him brain damage that caused aphasia, a condition that impairs his speech. One day, he is flying a drone and obliviously walks into Tian Tian De’s house…while she’s in the middle of her bathing routine. He ends up sampling her ice cream – and discovers that it remarkably relieves his aphasia symptoms, albeit on a temporary basis. Just a spoonful of the homemade ice cream allows him to communicate totally unimpaired. Bewitched by this sweet treat, Su Mu moves house to be closer to Tian Tian De – so he can keep asking her for ice cream and gain more respite from his ailment. Onlookers mistake them for a couple. But as they get to know each other a little better, they discover that a shared love of ice cream might not be the only thing they have in common.