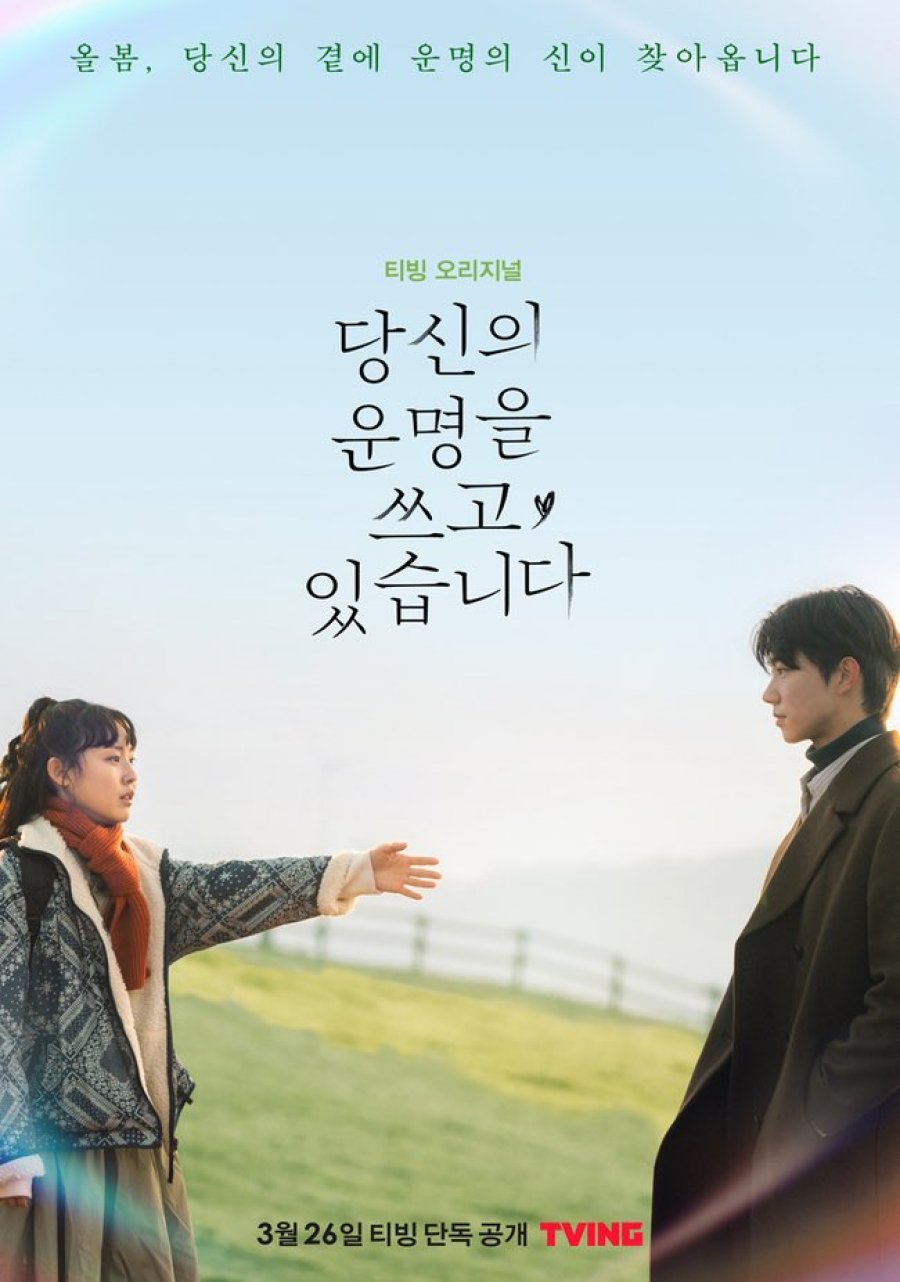 Summary : Shin Ho Yoon is a powerful god in charge of determining human fate. His job in the celestial world is to write the destinies of mortals. But when he is charged with writing a romantic fate, he decides to steal ideas he reads in notes for a future screenplay authored by scriptwriter Go Chae Kyung. The latter is a drama series writer who pens outlandish and overly dramatic dramas. The tale Shin Ho Yoon concocts involves pairing Go Chae Kyung up with a near-perfect individual – a kind-hearted and ever-fortunate television producer named Jung Ba Reum. In his mortal guise, Shin Ho Yoon is Go Chae Kyung’s landlord, and from this position, he plans to help bring her together with Jung Ba Reum. But little by little, he finds himself developing feelings for her – a fact that threatens to derail his own carefully laid plans…