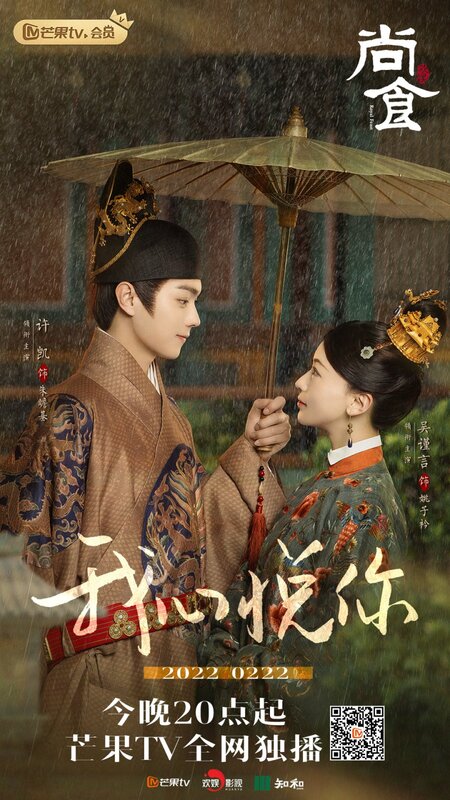 Summary : Set during the Ming dynasty during the rule of Yongle Emperor, it tells the story of a young girl named Yao Zijin, who entered the palace to become a maid of the food bureau. In the deep palace, she remains determined and slowly works her way up while perfecting her craft; while making friends and encountering an unexpected romance at the same time. Through her romantic entanglement with Zhu Zhanji, the drama also showcases the historical achievements and family life of three outstanding emperors of the Ming Dynasty, portraying a gourmet Forbidden City full of rich family affection, friendship, love and humanity.