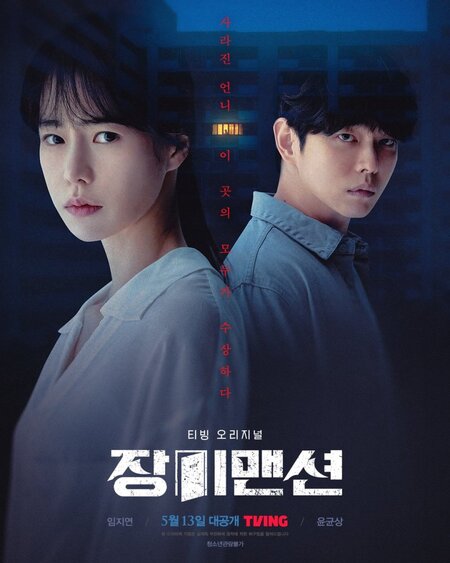 Summary : Set in an apartment scheduled for reconstruction and tells the story of the search for the truth behind a sister’s disappearance. The gradually uncovered secrets will deliver realistic fear and intense suspense, along with suspicious neighbors who hide their greed beneath ordinary looks. Ji Na is a hotel employee who is tracking down her older sister’s disappearance. Although she appears to have a smooth-sailing life, she is a person filled with a great sense of inferiority on the inside. Following the news of her sister Ji Hyun’s disappearance, Ji Na returns to her family’s house, the Rose Mansion, only to be swept up in an unexpected situation. Violent crimes detective Min Soo will be the only one to believe in Ji Na’s words and help her. As a stubborn man of action who has to see through to the end of a case once he gets hooked on it, Min Soo will help Ji Na unearth the truth behind Ji Hyun’s disappearance. Although he appears to be a strong, reliable man, Min Soo also possesses dark secrets that not many know about.