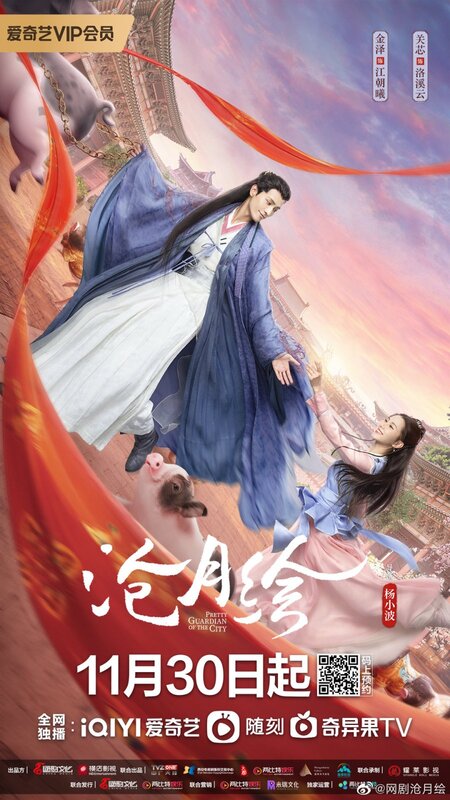 Summary : This tells the story of Luo Yun Xi, a private surveyor and mapper, and Jiang Chao Xi, the young master of Cang Yue City. The Luo family was framed by criminals for possessing a mysterious phoenix chi, and the family was destroyed, leaving behind an orphaned daughter born with a fetal poison, Luo Yun Xi. Eight years later, she becomes the most popular surveyor in Cang Yue City, selling maps and surveyor drawings for a living. She meets Jiang Chao Xi, and by chance, finds out that he is the enemy she has been looking for. Because she has only three months left to live, she is determined to achieve her goal of assassinating Jiang Chao Xi before she dies. At this time Jian Jia Lane, the final bit of warmth to her, is about to be demolished due to city planning. In order to ensure that the affected folks have a place to live, Luo Yun Xi mobilize all their talents to make a version of a city plan which would bypass Jian Jia Lane. She anonymously approach Jiang Chao Xi to become his guest, only to accidentally find out that the comatose brother was hidden in the house. In the process of getting along, they gradually develop a good impression of each other, and just when they are in love, Luo Yun Xi is again in danger due to the exposure of Jiang Chao Xi’s true identity…