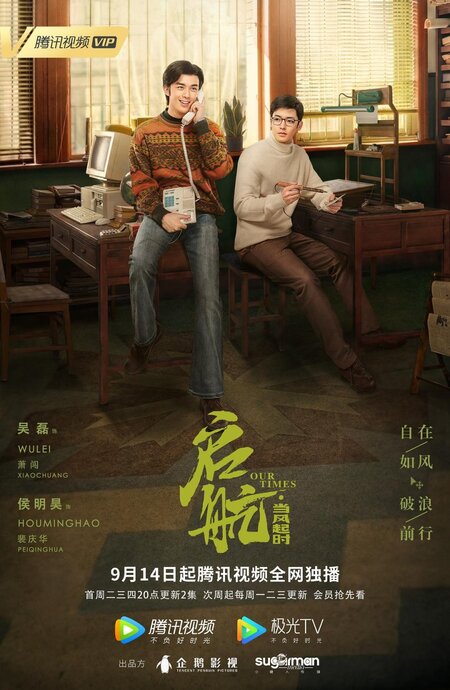 Summary : With the development of information in the early 1990s, two IT guys started out secretly making Chinese character cards. They catch the attention of the director of the computer science institute and go on to become a major force in the industry. Xiao Chuang and Pei Qing Hua are students at the Institute of Computer Science of Yenching University. They were making a computer card to improve the ability of computers to process Chinese text. Various research teams under their leadership seize the chance to ride on the waves of reform. From making foreign computers to conducting independent research, the two step into the fast lane to become part of the first batch of entrepreneurs in the internet age. As they witness the ups and downs of the era whilst realizing their ideals, they also find love. Their journey to becoming business prodigies in the field also reflects the history of China’s rapid development at the end of the 20th century.

Note : Get missing episode 5 ENG sub from HERE and episode 6 from HERE