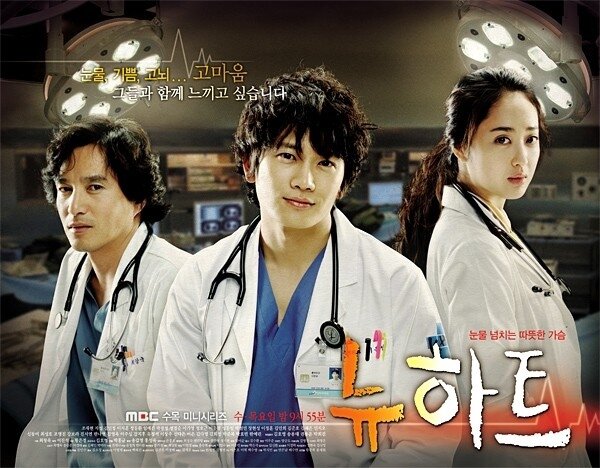 Summary : This drama is about the pride and frustration of cardiac surgeons on the job. Lee Eun Sung graduated from a newly established medical school in the southern province and not from an elite one like the Hwang Hee University Hospital where he applied for residency with the hope of becoming a great cardiac specialist. Since he wasn’t a graduate of Hwang Hee U., he was looked down upon by almost everyone at the hospital. Nam Hye Suk graduated with top marks and was regarded as a star student. She was an absolute fundamentalist and proud of herself. Dr. Choi Kang Gook became the new head of the Department of Thoracic and Cardiovascular Surgery after being in exile for 5 years for getting into trouble with his former superior. He was a genius but he was also a stubborn surgeon who does not care for hospital politics. It ended up only LES and NHS were the only doctors who applied for residency and they were accepted with great reluctance after being rejected outright by Dr. CKG. Lee Dong Gwon, a famous actor, was admitted to the Hospital for arrhythmia surgery. He knew NHS from elementary school and was infatuated with her. Between him and LES, who would NHS choose?