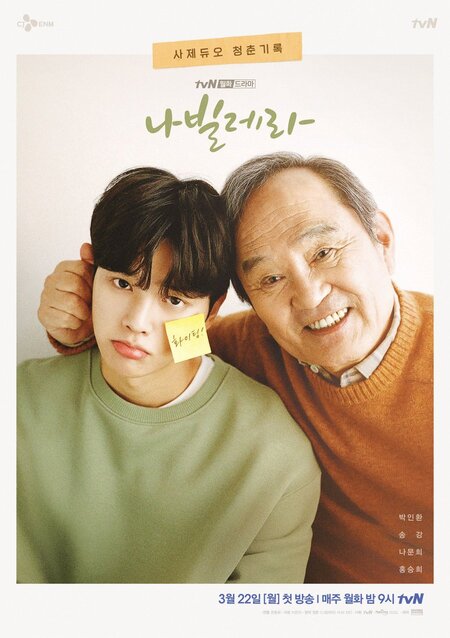 Summary : Shim Deok Chool has had a life long dreaming of performing ballet. He is 70-years-old and retired from his job as a post office employee. Due to life situations, he put aside his dream of becoming a ballet dancer and worked a normal job to support his family. Now, Shim Deok Chool makes the decision to pursue his dream again. His family, including his wife and adult children, are not happy with his decision, but Shim Deok Chool does not waver in pursuing his life long dream. He joins a ballet company to learn ballet. There, he meets Lee Chae Rok. Lee Chae Rok is a 23-year-old man. While growing up, he played different sports like baseball, swimming, and soccer, but he wasn’t talented in any of those activities. He then became interested in ballet. His mother was a ballet dancer, but she died from a disease when Lee Chae Rok was young. His father later went bankrupt. Lee Chae Rok learned that he has a talent for ballet, but, after pursuing ballet, he barely has contact with his father and he has a hard time supporting himself financially. Going through hard times, his desire for ballet fades away. At this time, Sim Deok Chool appears in front of him.