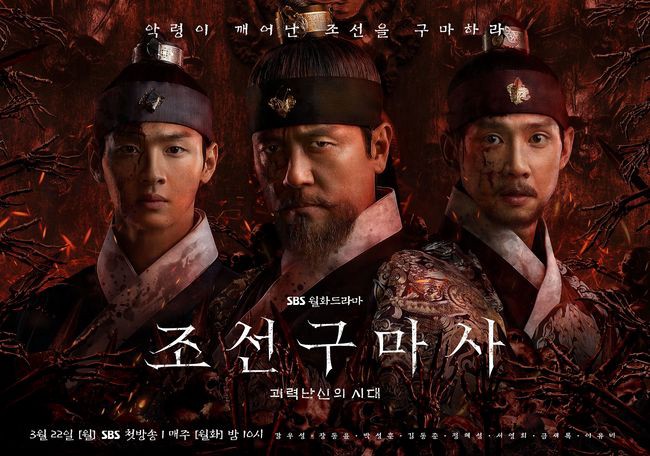 Having now ascended to the throne Lee Bang Won has chosen the title of King Taejong. He is a powerful monarch, who can remain cool-headed. He is proud of the fact that he helped his father establish the Joseon dynasty, but is wracked with guilt over the loss of life during its foundation. The evil spirit, which he had sealed away so long ago, now manifests itself in Joseon territory, forcing the king to battle his nemesis once again.

King Taejong has two disparate sons: The Crown Prince, Yangnyeong, and The Second Prince, Chungnyeong. Thus far, Prince Chungnyeong’s only interest in life has been the pursuit of academics. Suddenly faced with a crisis, courtesy of the evil spirit, he must now wage war against the entity, in order to protect the people.