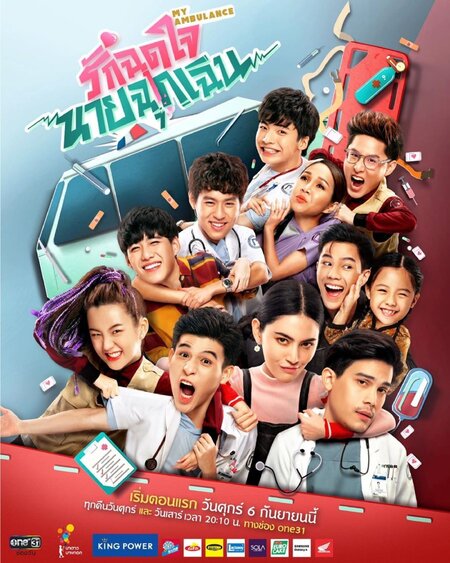 Summary : Peng, an emergency room resident and Tantawan have been in love for 15 years. Tantawan, who owns magical power, starts to doubt whether Peng still loves her. One day, they met a traffic accident and Tantawan is seriously injured. When she wakes up, she loses all her memories. Unbeknownst to her, the truth about the accident was hidden… A young warm-hearted intern, Chalam appears in her life and reminds her of the same feeling she once had for Peng. While her magical power with Peng has been weakening, Chalam has started to have the magical power leading to her confusion- who is the one for her. During this time, Peng also meets a new girl, Bami, who has a crush on Peng and comes to the hospital as an ambulance driver to get closer to him.