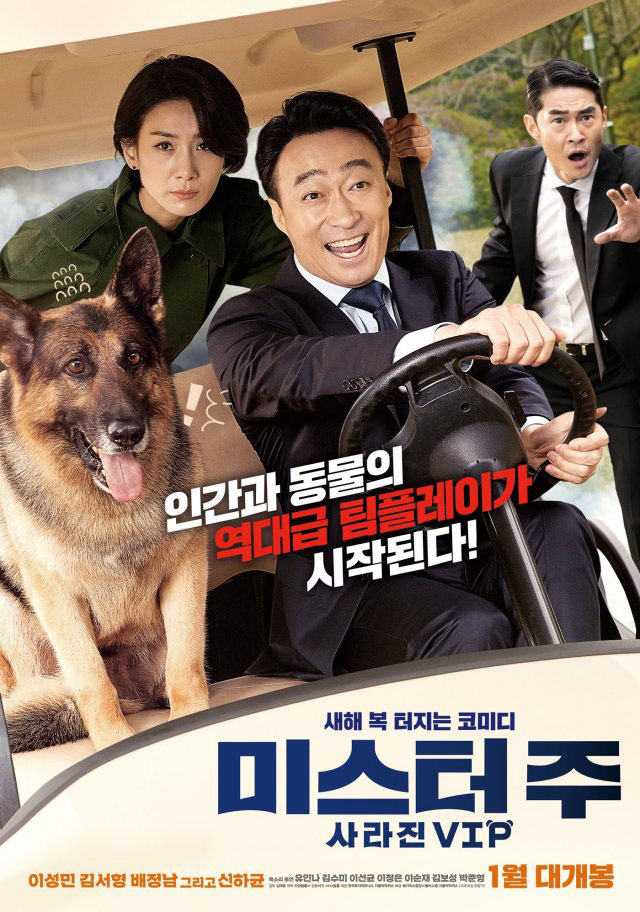 Summary : Top National Security agent Joo Tae Joo who is rapidly rising up the ranks, dislikes all animals. In order to obtain his next promotion, he volunteers to take on a mission in which he has to protect a special Chinese panda named Ming Ming. At its welcoming ceremony, Ming Ming is kidnapped by an international terrorist organization. While chasing after the terrorists, Tae Joo injures his head and is knocked out. When he finally regains consciousness, he finds out that he now possesses a strange ability to talk to the animals and finds a sole witness to the kidnapping incident – a stubborn retired military dog named Ali. Wanting to retake the title as the top agent, Tae Joo and Ali become unlikely partners on a mission to rescue Ming Ming.