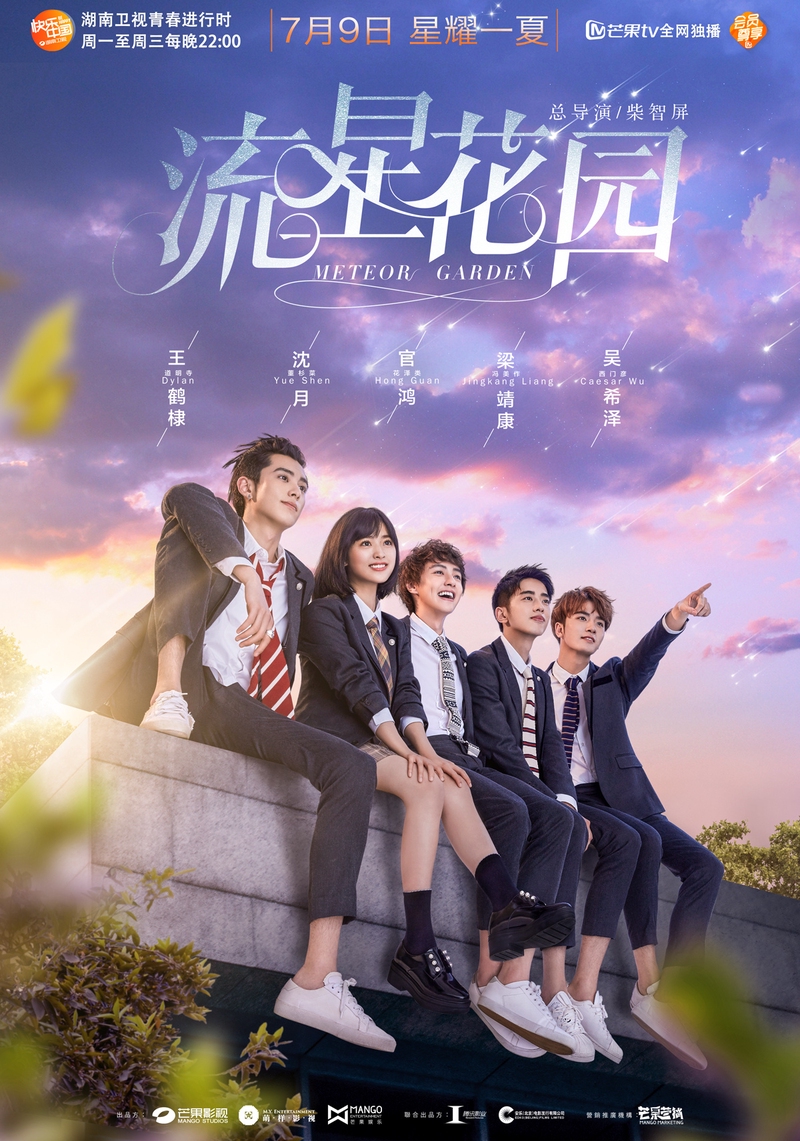 Summary : An ordinary girl is admitted to the most prestigious school in the country where she encounters F4, an exclusive group comprised of the four wealthiest and handsomest boys in the school – Dao Ming Si, Hua Ze Lei, Xi Men and Mei Zuo.

Shan Cai is an 18-year-old girl from a family that’s barely able to make ends meet. Due to a turn of events, she gets accepted into a school thatonly accepts the upper class elites. She immediately clashes with her classmates especially Dao Ming Si who is spoiled, arrogant and a bully. She remains defiant even after becoming a target of a series of pranks intended to torment her and just when she’s about to give up, Hua Ze Lei always seems to show up to lend her a helping hand.
Eventually, the four boys begin to acknowledge Shan Cai’s unyielding personality that is like her namesake which is that of a weed that can never be brought down. She also begins to see the good in the boys, which paves the way for friendship and an eventual romance.