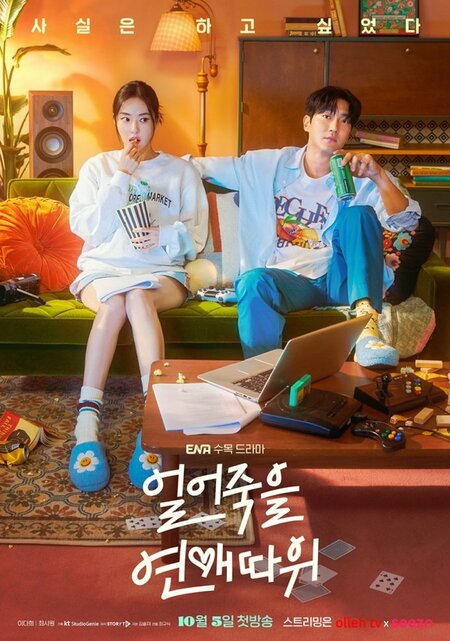 Summary : Goo Yeo Reum is a television producer in the tenth year of her professional career. Although she works harder than most producers, the shows she makes all seem to flop. Then she’s selected to produce a new dating-themed reality TV show called “Kingdom of Love.” Her neighbour and best friend of twenty years is Park Jae Hoon, a plastic surgeon who has lost all his passion for work. Their relationship is close, but purely platonic. Park Jae Hoon is jaded by his experiences and has also essentially given up on love. As such, he only ever pursues casual relationships. In the planning stage of the show’s production, Goo Yeo Reum runs into struggles, having difficulty finding suitable bachelors to appear on the program. She eventually turns to Park Jae Hoon in desperation. To help her, he agrees to become a contestant on the show. But in this unfamiliar new dynamic—as a producer and a cast member—they unexpectedly begin developing never-felt-before romantic feelings. Will “Kingdom of Love” turn friends into lovers?