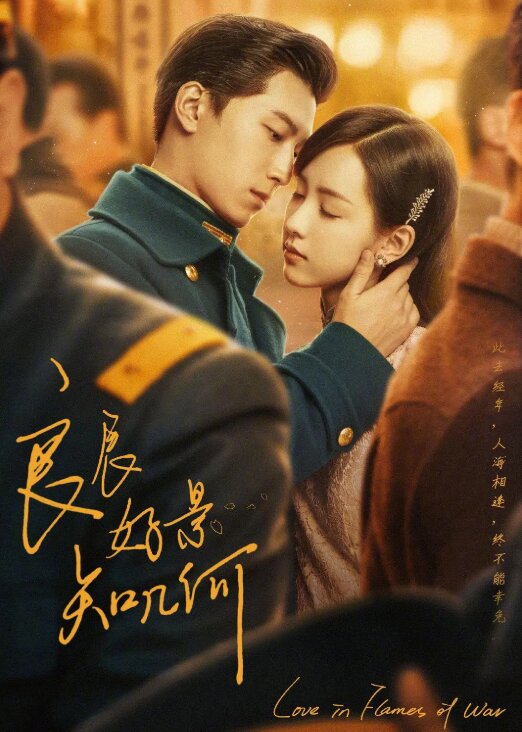 Summary : Early in the twentieth century, the Republic of China was struggling to establish itself, despite the looming threat to its sovereignty from the Imperial Japanese. During this uncertain time, hot-headed teen Xiao Bei Chen was quickly maturing. He routinely bullied Lin Hang Jin, the girl his family had given refuge. She met his intimidation with such resilience and determination that his admiration for her grew. As their romance bloomed, Xiao Bei Chen learned that his future would involve several years of Military College. Before leaving, he secured a promise from his family, allowing him to wed Hang Jing upon graduating. Five years later, he arrived home and found the hand-in-marriage of his beloved promised to a Mu Zi Zheng. No longer a bully, he had grown into a focused young man. So with steely determination, he plotted to win back Lin Hang Jing’s heart. But in 1937, the Second Sino-Japanese War broke out, dashing his romantic plans. Now all three had to choose a side, knowing that their future decisions could impact not only them but the destinies of thousands of others.