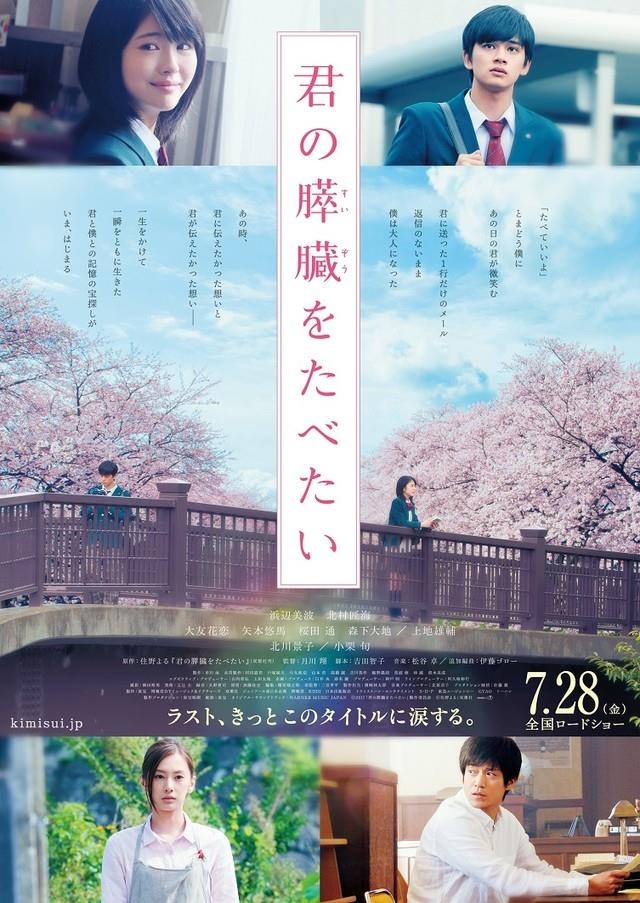 Summary : ‘I want to eat your pancreas’ Yamauchi Sakura told Shiga Haruki while shelving books at the library. 12 years have passed Haruki, now a homeroom teacher at their old school, was asked to be in charge of the organization of the library collection. As he talks to his student, it made him look back on the days he spent with Sakura. Narrating the moment he picks up a diary, and discovers that his popular classmate is suffering from a pancreatic disease. Sakura decides to spend her remaining days with Haruki. Shiga being a loner initially refuses but slowly accepts Sakura into his life.