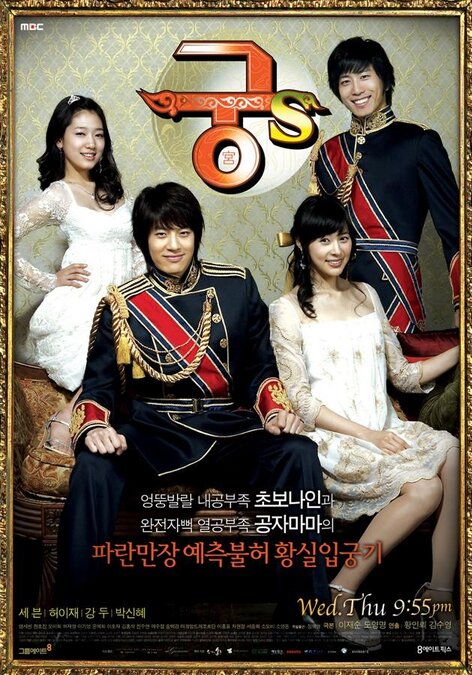 Summary : The Empress is in her early 30s, but she is still not married. Since the 1st successor to the throne died, the royal family is in search for a new successor. Incidentally, they come to know of a young man who was, in fact, the prince’s son of a woman who left the Palace in order to keep her pregnancy a secret. The young man’s name was Lee Hoo, more commonly known to his friends as Kang Hoo. Lee Hoo worked as a delivery boy at a Chinese restaurant and was known for his 7-minute maximum delivery time. Lee Hoo had been brought up as more of a punk than a prince so his habits and his way of conversing were very different from the people of royal blood. Although he had never dreamt of living in the Palace, he one day finds himself immersing himself in its grandeur and improving himself to prove that he indeed deserves to be called the Successor to the throne. He soon finds out that not only will he be facing lessons to the path of royalty, and dilemmas of love and of stature, but he will also learn to compete for the position he had been, first and foremostly, called for.