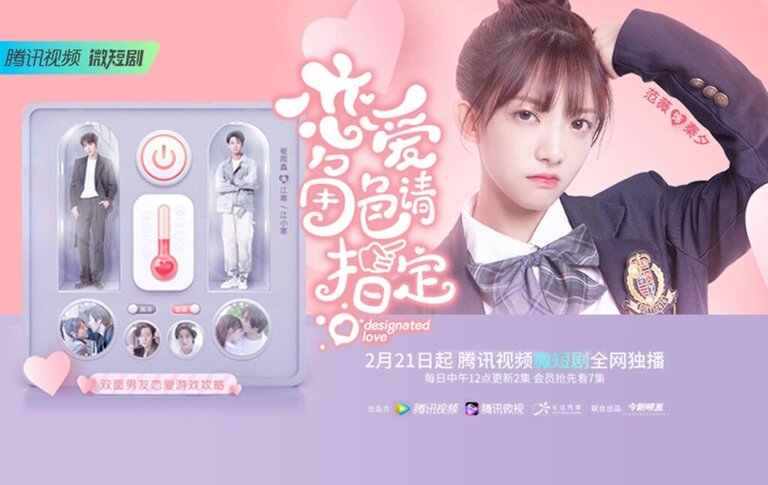 Summary : Qin Xi is an art director who puts love first, but she is independent and has a high IQ. One night, she took a snack to treat her boyfriend Jiang Han who was working overtime. But she accidentally saw that her boyfriend’s childhood friend Shen Jingjing was going to kiss her sleeping boyfriend. Four years of accumulated disappointment made her immediately resign and break up without delay. It just so happened that the phone promoted the game “Playing a trick on ex-boyfriend”. The angry Qin Xi did not hesitate to point in, thus opening a fantasy game to unlock the double-faced boyfriend love strategy.