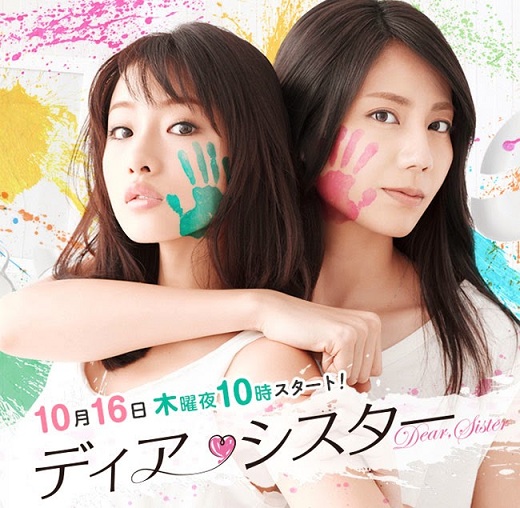 Summary : 27-year-old Fukazawa Misaki and 29-year-old Hazuki are sisters who are polar opposites in both lifestyle and personality. Although they would hurt each other’s feelings, they would also make up for each other’s deficiencies. The beautiful Misaki is the typical younger sister who is good at putting on the little girl act. She did not fare well academically but knows how to swim with the tide. After graduating from high school, she left home and went missing. But one day, she suddenly moves into Hazuki’s apartment and behaves with wild abandon. However, Misaki has a secret which she keeps to herself… Hazuki works at a ward office and has set her sights on an early marriage to her boyfriend who works in the same office. She is the well-organised, fastidious chairperson type, but is a wee bit socially awkward. Hazuki feels that Misaki snatched all their mother’s love in childhood. What will happen now that Misaki has moved in with her? Hazuki actually has a secret which she cannot tell Misaki too. As these two sisters clash while living under the same roof, their values start to change little by little.