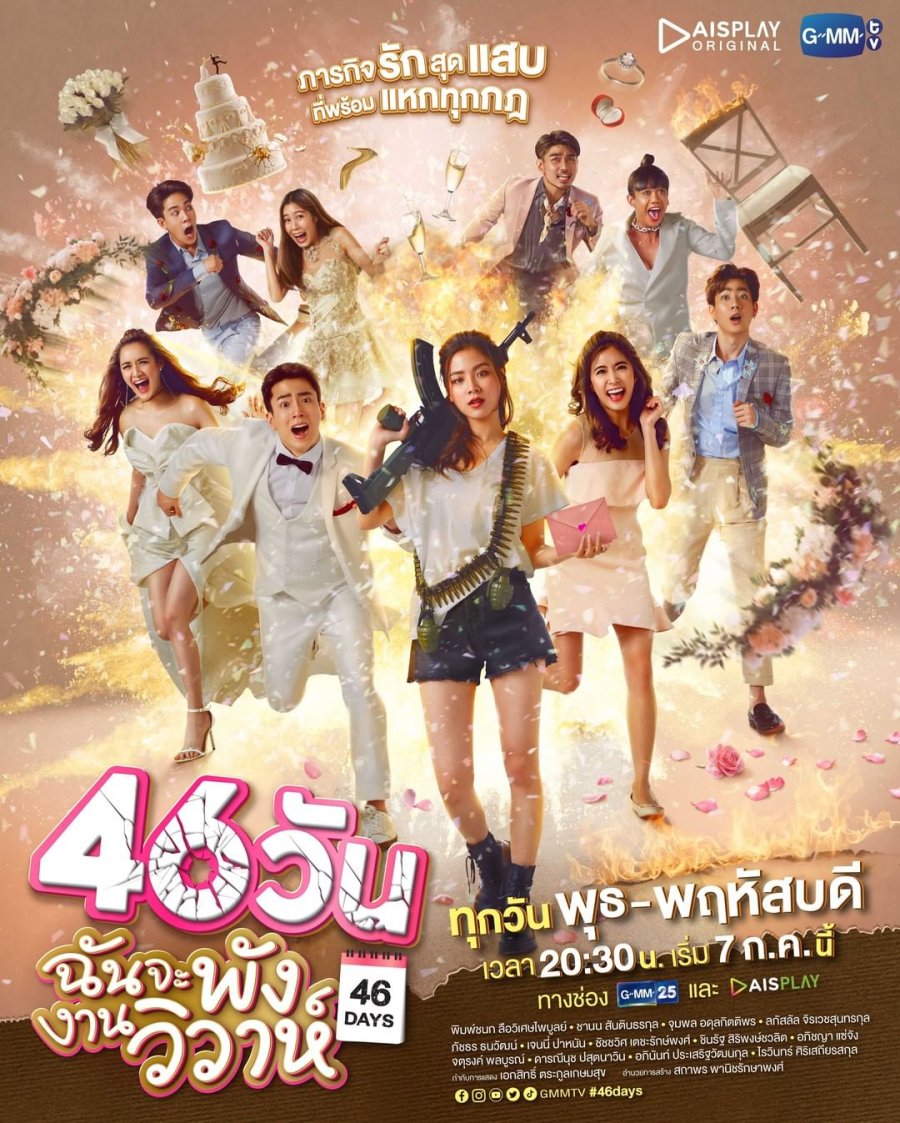 Summary : This series tells the story of Ying Ying, an unpopular net idol who is about go down on her luck after being caught a liar by her fans from a video clip. Apart from helping herself to survive, she also needs to help her childhood best friend, Noina, who is now the creditor of her own debts. Noina was told by a fortuneteller that she’s going to get married this year. Looking around, she found Doctor Korn, who is flawlessly perfect with a handsome face and a great career life, is the one and only person who’s suitable for her. The only problem is that in the next 46 days, he is going to get married to his girlfriend, Wisa, a princess-like celebrity. But it seems like Ying Ying and Noina have found out that this bride-to-be is hiding a secret. The mission ‘protect the guy and set him free from the devil bride to end up with an angel’ is ready to start. If the mission is successfully completed, Ying Ying would be entirely free from all the debts she owns Noina. However, there’s another obstacle, Doctor Pat, Doctor Korn’s close friend, who’s keeping his eyes on their every move. Stay tuned to see whether this 46-day mission will successfully ruin the wedding in the end.