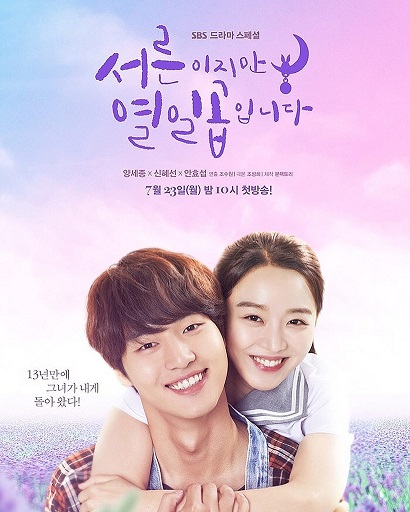 Summary : Gong Woo Jin (Yang Se Jong) is a 30-year-old single man who works as a set designer. Due to a trauma he experienced 13 years ago, he does not want to have a relationship with others. Meanwhile, When Woo Seo Ri (Shin Hye Sun) was 17, she fell into a coma. Thirteen years later, she wakes up from her coma. Her mental age is still that of a 17-year-old, but she is now 30-years-old. Gong Woo Jin and Woo Seo Ri then get involved with each other and fall in love.