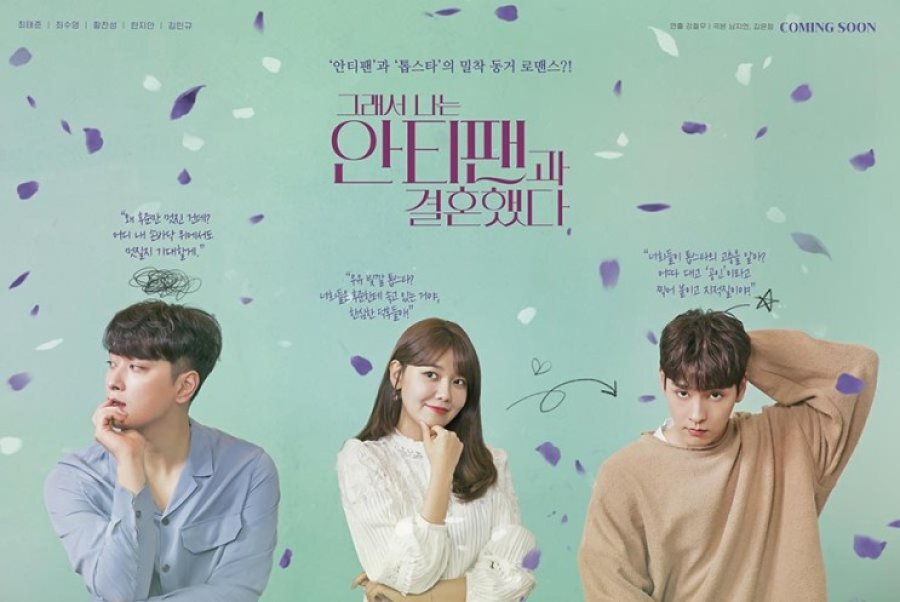 Summary : Hoo Joon is a top star while Geun Young is a magazine reporter. For a potential news article, Geun Young decides to attend an opening ceremony for a club. There, she witnesses top star Hoo Joon’s violent behavior and she also vomits on him by accident. This leads to Geun Young losing her job. Believing that Hoo Joon was behind her firing, she decides to get him back by demonstrating in front of Hoo Joons management office. Slowly, she begins to receive media coverage on her demonstration and soon becomes famous as an anti-fan. A PD approaches Geun Young about participating in a reality TV show which revolves around the idea of a top star and their anti-fan living together. Being unemployed, she decides to accept the offer. Meanwhile, Hoo Joon is offered the same reality TV show and accepts to try to improve his image. Hoo Joon and Geun Young try to give each other a hard time on the reality show, but soon start to fall for one another.