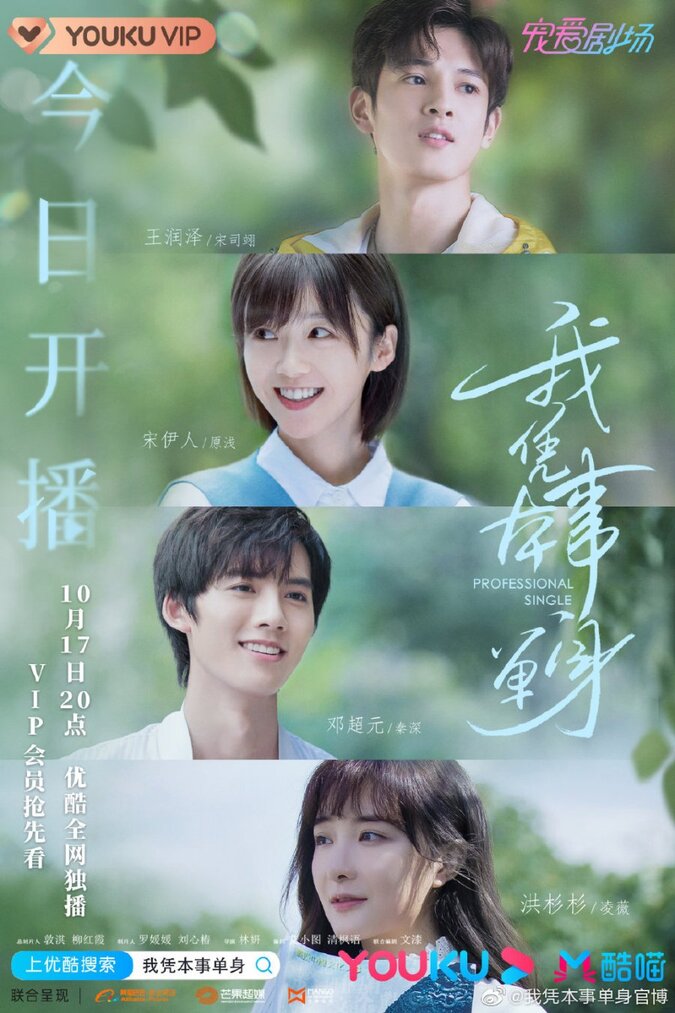 Summary : Single since birth, Yuan Qian and Qin Shen are two people who will probably end up being single for life because they want to. Set against the backdrop of an art school, the story follows students who overcome many difficulties to pursue their artistic ideals. Qin Shen is a student who dreams of becoming a sculptor. A freshman in their department, he is like a god-level existence in their school – cold, disciplined and a perfectionist. However, girls mean nothing to him and he finds dating to be a complete waste of time. Yuan Qian has the appearance of the cute girl next door but has a headstrong personality. She is eloquent and determined such that no one can stop her once she sets her mind to something. However, she has a tendency to pick at other people’s shortcomings so much that no guy can impress her.