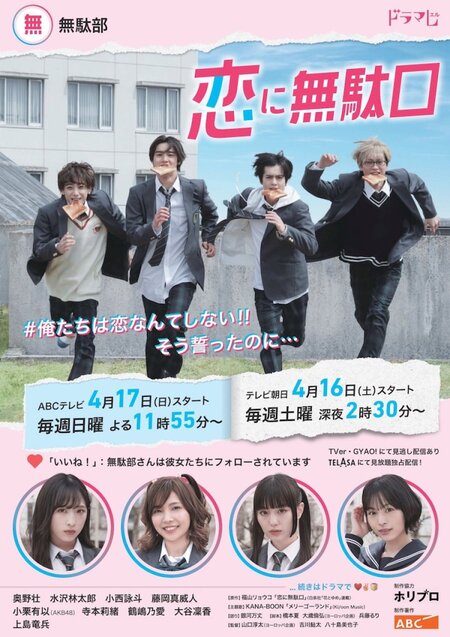 Summary : Nishina, Maya, Shiro, and Aoi are four good friends in their second year of high school with good looks but disappointing personalities. The four who decided that they will never fall in love, formed their own club, known as the “Muda-bu” (Useless Club), which focuses on researching silly themes and uploading them on social media. One day, they decided to do an experiment from a manga that says, “If you run with a piece of bread in your mouth and bump into someone, you will fall in love”. While trying to conduct the experiment, they accidentally bumped into someone while having a piece of bread in the mouth.