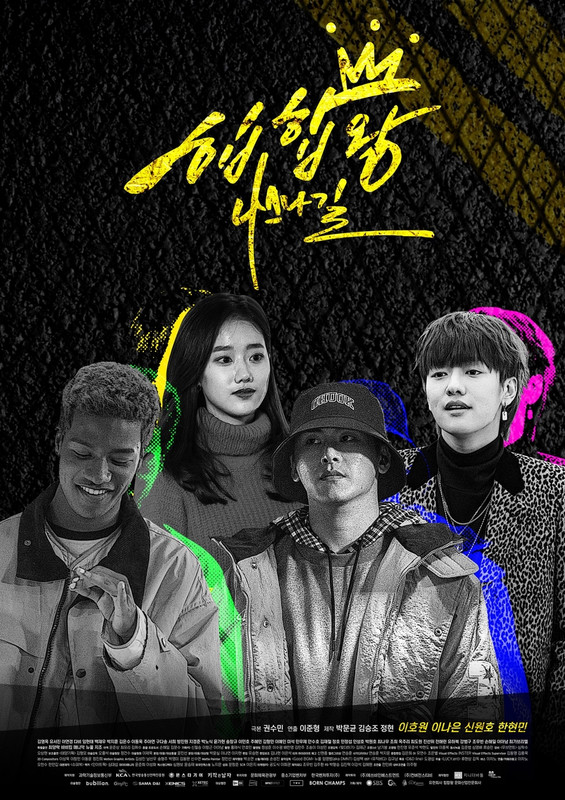 Summary : A coming-of-age drama that will focus not only on hip hop music, but the evolving world and culture of hip hop itself.

Young Baek is an 18-year-old high school student in Daegu. He lives with his poor grandmother. Young Baek loves hip hop music and wants to succeed as a rapper. To pursue his dream, Young Baek goes to Seoul. His life there is not easy, but he doesn’t give up. He begins to attend Doobak High School. Young Baek meets Ha Jin at school. They develop feelings for each other. Ha Jin wants to become a writer. She has a secret that nobody knows about.

Meanwhile, Tae Hwang and Ki Ha attend the same high school as Young Baek and Ha Jin. Tae Hwang is a rapper and has rich parents who are supportive of his career. He gets annoyed with Young Baek. Ki Ha becomes friends with Young Baek. He wants to find a girlfriend.