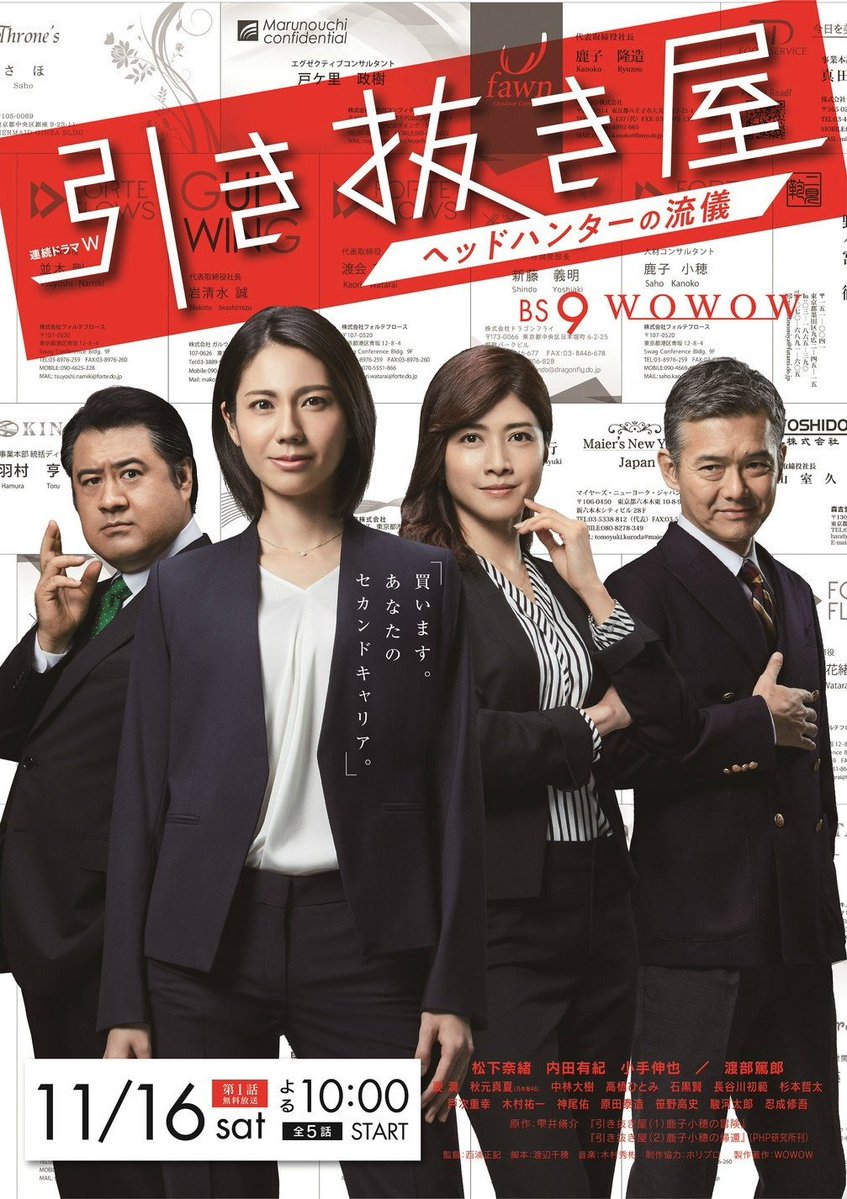 Summary : Kanoko Saho is fired from her father’s company, Fawn. She worked hard in the manufracturing world but was fired regardless. In the background is the ploy of person called a “headhunter”. Watari Kaori, who calls herself a headhunter, appears in front of Saho. As a result, Saho begins working at the same headhunting company, “Forteflows”, as Watari. Saho works confronting clients while a dark cloud begins to drift over Fawn.