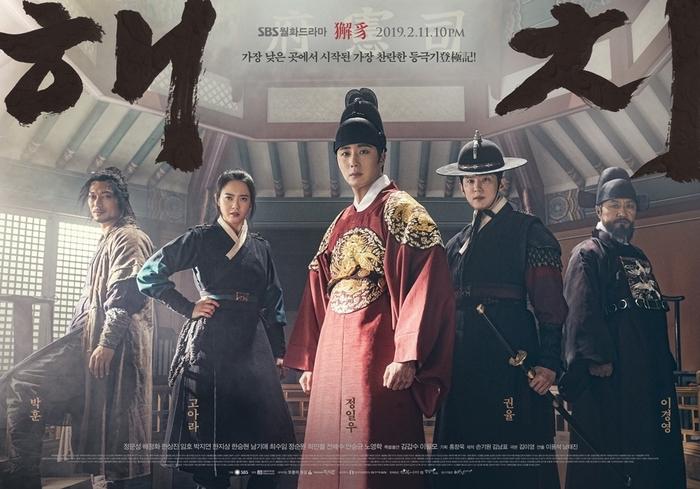 Summary : Set during the Joseon Dynasty period, four people from different walks of life come together to make Prince Lee Geum the King and reform the Saheonbu. The four people are Lee Geum, Yeo Ji, Park Moon Soo, and Dal Moon.
Lee Geum is a prince, but, even though he is smart, he is not recognized as a prince due to his mother being born in the lowest class.
Yeo Ji is damo at the Saheonbu. She investigates cases enthusiastically. She has a talent for the martial arts and foreign languages. Yeo Ji is the best investigator at the Saheonbu including the male investigators. Park Moon Soo has been preparing for his exam to become a public officer. He is not very smart and has difficulty with the exam, but he is honest and tender to other people. Dal Moon is a famous clown. He is good at martial arts.