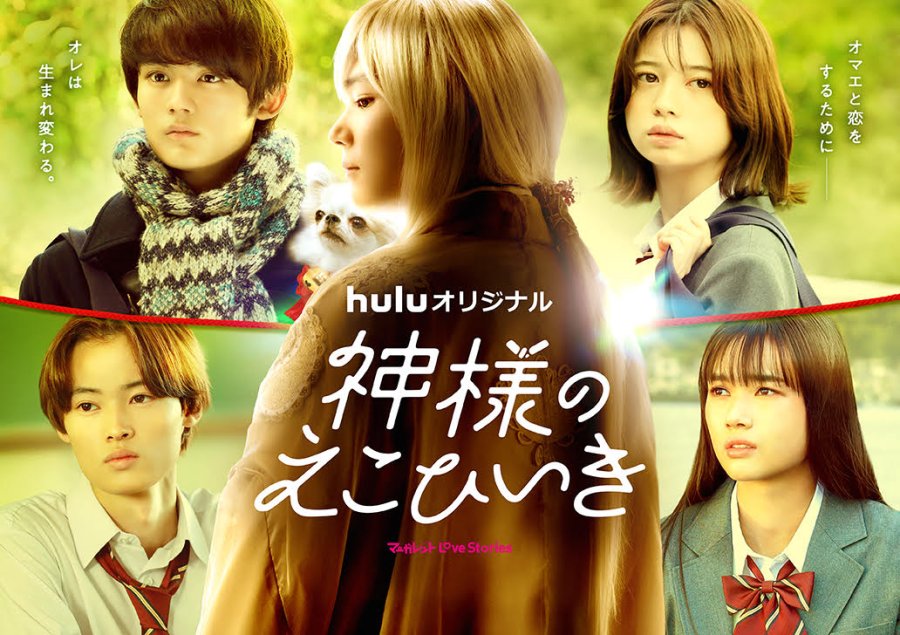 Summary: To gain the confidence to confess to his crush, Yashiro visits a secluded shrine for 100 days straight. This earns him the attention of the enshrined deity and his chihuahua attendant Ukon who follow Yashiro on the 100th day to see how the confession turns out. However, they are surprised to see him confess to a guy, Yashiro’s longtime friend Kenta, only for Kenta to turn him down. Although heartbroken, Yashiro tries to joke around with Kenta, but he accidentally gets killed when a truck runs into him. Yashiro awakens in the presence of the shrine’s god and Ukon, and as a show of gratitude, the god decides to restore him back to life to give him a second chance with Kenta. In doing so, the god grants his wish to be reborn as a high school girl and gives her the name Kagura Tendou. However, she soon discovers that the god and Ukon plan to watch over her relationship with Kenta, although she’s the only one who can see and hear them.