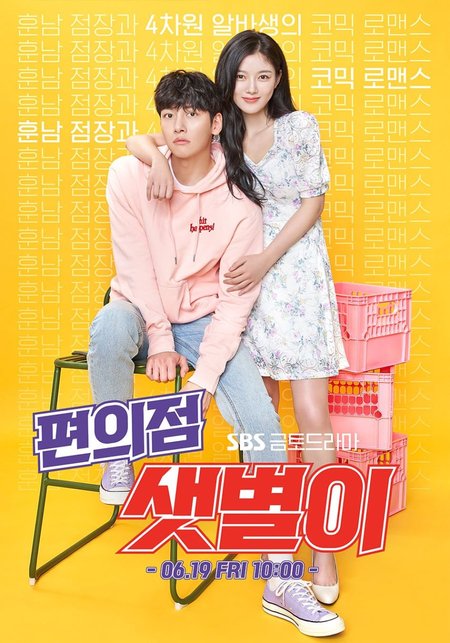 Summary : Jung Saet Byul is a 22-year-old four-dimensional girl with amazing fighting skills who loves her friends, family, and retro fashion. She has the boys lined up but only has one person who keeps her distracted, Choi Dae Hyun. He became imprinted on her as an unforgettable person after a cigarette errand three years ago. Three years later, Jung Saet Byul meets Choi Dae Hyun again at his convenience store that he now manages and becomes a part-time worker. Here, Saet Byul and Dae Hyun’s love story begins as they heal the wounds of the heart, gain love, and become adults dreaming of the future. Their stories unfold into a pleasant comedy within the familiar sensibility of a convenience store.