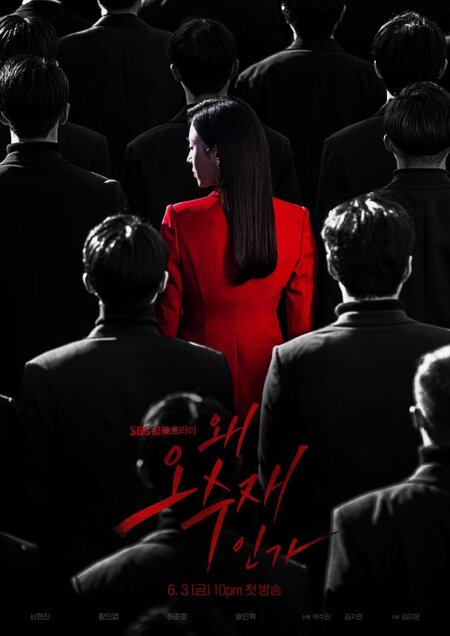 Summary : The youngest partner at one of the nation’s most prestigious law offices, Oh Soo Jae has already proven she has what it takes to be one of the country’s best lawyers. Driven by her self-righteous principles and a never-ending desire to win, Soo Jae is well on her way to becoming one of TK Law Firm’s top attorneys. But when one of her cases takes an unexpected turn, Soo Jae is forced to watch as all of her hard work comes crumbling down around her. Demoted at work, Soo Jae is forced to take on the role of adjunct professor at a local law school. Determined to win back her position within the firm, Soo Jae does her best to settle into her new role but the sting of demotion still lingers. Only after meeting Gong Chan, a university student whose path frequently crosses with Soo Jae, does that sting begin to lessen. Despite carrying the burdens of a painful past, Gong Chan’s warm heart remains strong, especially as his affection for Soo Jae grows.

Obviously smitten with Soo Jae, Gong Chan stays by her side, even as she struggles to find a way back into the firm’s good graces. Will her determination and Gong Chan’s support be enough to restore her position, or will the powers that be continue to push her down?