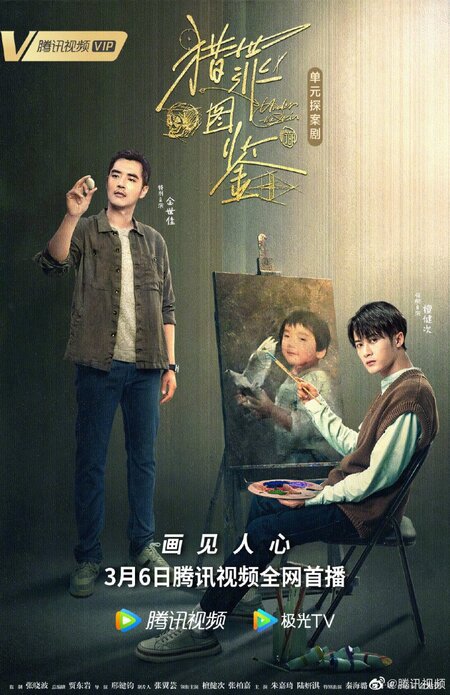 Summary : A crime drama which focuses on a profiler working with a policeman to solve quite unsual cases. The young painter Shen Yi resigned from the Academy of Fine Arts and entered Haicheng Public Security Bureau mysteriously. Interpol Captain Du Cheng was furious and said that he would never accept those who caused his comrade to be killed in the police force. Five years ago, Shen Yi, who was still a student, was sketching on the street. A man took a picture of a child and asked him to draw what the child would look like as an adult. However, this painting caused Haicheng detective Lei Yifei to be exposed as an undercover agent and he was killed. And Lei Yifei happened to be Du Cheng’s long-time friend and confidant. The strange thing is that, no matter how hard Shen Yi tried of recall for a few years, he couldn’t draw the face of the man who asked him to paint the child’s photo. Five years later, the guilt became heavier. In order to find out the truth, Shen Yi accepted the invitation of Director Zhang of the Public Security Bureau and became a portraitist of the Interpol Team. Under Zhang Ju’s persuasion and arrangement, Du Cheng had to accept that he became a colleague with Shen Yi, but he was still full of annoyance and despised Shen Yi’s “drawing to solve cases,” and the two became the “ticking bomb” in the team. However, in several collaborations, Shen Yi has repeatedly cracked the “dead end” of cases with his “three-year-old painting”, “drawing based on audio,” “micro-color discrimination” and other stunts, which slowly started to impress Du Cheng. More importantly, the truth of Lei Yifei’s death is still buried in Shen Yi’s memory. On the way to find out the truth of Lei Yifei’s life and death, the two people who were pursuing alone gradually untie their knots and rely on each other. In the end, “the heaven-matched partners” work together to uncover the dust-covered secrets and create a new world for each other.